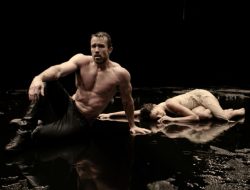 It’s Always A Good Time For A Big Coming... 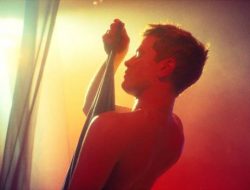 Seattle’s Own Perfume Genius Teams Up With W Hotels... The team behind new gay web series, “Emerald Down & Out”. Photos by David Quantic and Danny Tayara.

Dan Dembiczak, the mastermind behind the early 2000’s theater events Pine Nuts and Capitol  Hill High, is venturing into the world of web series and Kickstarter videos. His long time friend and collaborator Craig Trolli talked to him about his new project, Emerald Down & Out, “a queer comedy web series about the stigma of aging, failure, and mental health issues…”

Craig: What was the  genesis of this new project, Emerald Down & Out?  And what made you want to move from live theater to a web series?

Dan: I first started thinking back to my days of making theater with longtime friends.  I wanted to do something semi-autobiographical. I realized when I was writing it that it wouldn’t work on stage.  The settings are really important to the story and they just couldn’t be represented well in a live theater format.

C: Would you say Columbia City is your muse and kind of the “other character” in this series?

D: Very much so.  I moved to the neighborhood about nine years ago and it’s sort of become my best friend.  It feels like a small town and people know each other and support each other. I really wanted to feature as many small businesses as possible.

C: What was it like working on the Kickstarter video and seeing your characters and words come to life on video?

D: It was pretty incredible!  What surprised me most is how collaborative it all felt.  In the past, I tended to direct or create somewhat in isolation.  But here I found everyone really came together to make it better, funnier, more alive.

C: What are your hopes for this series?

D: First and foremost, I want to make people laugh.  That’s my job as a comic. Beyond that, I want to tell these stories about these flawed-but-kinda-loveable characters.  I also want to try and break the stigma of mental health issues. And I want people to fall in love with Columbia City!

I think one of the taglines of the series is “Failure can be funny.”  That pretty much sums it up. Behind the scenes at the filming of “Emerald Down & Out”. Photo: Danny Tayara

C: How long have we known each other? How close is the character of “Craig” to me in real life?

D: Gosh, since like 2000 when we did that first play at that bar and had to strike everything after each show? [Craig: I think it was called Paradise Garage!]  I hear actors’ voices when I write characters so I think this version of Craig is within your range. But everyone in it is hyped up/made to be sort of absurd. I like that I gave you an unnamed boyfriend! That is definitely fictionalized!

C: What is some of the feedback you’ve gotten from the Kickstarter video?

D: People love it!  Many people laugh out loud when I show it to them on my phone.  The cinematography is excellent. David Quantic is a very talented DP and I was lucky to have him shoot it.  He came up with ideas I never would have thought of myself.

C: Your dog and chicken make cameos in the video. How were they to work with as actors?

D: The chicken can be difficult to keep in frame.  My dog, Hilo, mostly just wants to be by my side. During my interview in the video, he was actually at my feet the entire time.

C: Better than working with me?

D: Do you really want me to answer that?

The Emerald Down & Out Kickstarter video can be seen at: https://www.kickstarter.com/projects/emeralddownandout/emerald-down-and-out?ref=project_email#