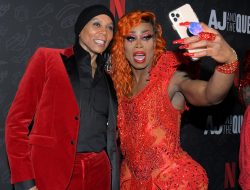 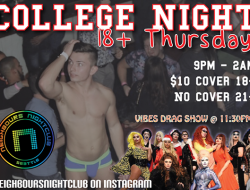 In a move that’s sure to continue the controversy, the Seattle Public Library released a statement today confirming the booking of a feminist group considered to be anti-transgender by many people.

Not surprisingly, many in the LGBTQ community and allies, both in the Seattle area and nationally, reacted with great anger at the announcement and bombarded the Seattle Public Library with calls, letters, and emails demanding the meeting be canceled on the grounds it is hate speech directed towards the transgender community being committed by “TERFS” or “trans-exclusionary feminists” as they are labeled by transgender activists.

The Seattle Public Library’s chief librarian, Marcellus Turner released a statement after the public protests over the forum became known stating the Library would review the matter.

Well, the findings from their review became public today, Friday, January 10th with the release of a new statement by Turner stating that the Library would continue with the event stressing the Library Board of Trustee’s support for the Library’s existing Intellectual Freedom and Meeting Room Use policies, “which support the group’s use of our publicly available meeting room spaces regardless of their beliefs or affiliations.”

The statement also states the Library’s continued support of the transgender community: “The Seattle Public Library supports our transgender colleagues, families, and friends in their pursuit of personal freedoms and protections. The Library Board and I believe the decision to maintain our current policies is consistent with this value – we do not believe that stifling speech for anyone will result in positive outcomes for anyone, particularly marginalized and vulnerable communities.”

We haven’t heard any official response from any of Seattle’s primary transgender or LGBTQ groups but we’re expecting the response to be one of disappointment and anger over the Library’s decision.

Since Dec. 5, we have received thousands of comments from Seattle and all over the world regarding a private meeting room booking at the Central Library made by a group called the Women’s Liberation Front (WoLF). While many have called on the Library to cancel the booking due to the group’s beliefs regarding transgender identity and transgender rights, many others have called on us to support the event organizers’ right to gather and freely express their beliefs in a public space.

The Library Board of trustees today reaffirmed its belief in and support for the Library’s existing Intellectual Freedom and Meeting Room Use policies, which support the group’s use of our publicly available meeting room spaces regardless of their beliefs or affiliations.

This decision is one I support, and I want to share and clarify a few facts to help patrons and the public understand the Library’s position:

Our Library policies, in compliance with local and federal law, are rooted in the value of Intellectual Freedom and state the following:

“Libraries which make exhibit spaces and meeting rooms available to the public they serve should make such facilities available on an equitable basis, regardless of the beliefs or affiliations of individuals or groups requesting their use.”

We promote this value in our collections, programs and services. As such, we do not deny meeting room space to an individual or organization because they are discussing controversial topics or views that we disagree with or find offensive.

These values are easy to stand by when we agree with the viewpoints being shared, but when viewpoints challenge us in uncomfortable ways, it certainly becomes more difficult. It is in these difficult moments we must stand particularly firm in supporting the right to free speech in order to preserve that right for everyone.

To narrow or restrict this value based on a group’s beliefs or affiliations would put at risk the hard-fought past efforts of, and future support for, other groups who need these same values and laws on their side.

All communities, and particularly vulnerable communities, rely on free speech protections to reach public understanding and advance their rights or beliefs. I believe that, once one exemption to free speech is accepted, that same exemption will be used to suppress the speech and views of others in our community and beyond. In 2019, for example, we saw communities lobby their library systems to censor LGBTQ children’s books in Kansas and West Virginia, a transgender author in Texas, and Drag Queen Story Times right here at home. Deciding who gets to gather and speak, and what they get to speak about, opens up a slippery slope for public libraries that can’t be controlled or defended. The practice would certainly harm the people who need these protections the most.

With the board’s direction and support, we now begin the work of preparing for this event to occur safely for everyone – Library patrons, event attendees, rally protesters, Library staff and passersby. We will be talking more with Library staff and community groups supporting Seattle’s transgender population to develop and support strong partnerships moving forward. We will look at programming opportunities – for topics such as intellectual freedom, intersectional feminism, and positive and educational transgender programming – that will allow us to carry these conversations forward in a way that brings people together to build our communities up.

Because activities related to this booking could disrupt Library services and affect users, the event has been moved to an alternate time when the Central Library is closed. For the safety of all who plan to be on Library grounds that evening, we have planned for increased security.

We truly appreciate the many people who have shared their voices on this issue. The Library will continue working to provide resources, programs and collections that matter to our community. We will be having more conversations about these topics here at the Library and we hope you will continue to participate.