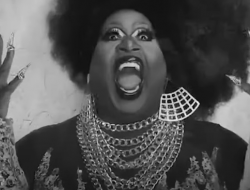 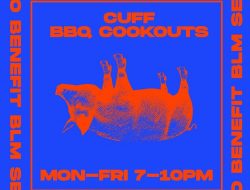 The LGBTQ community of Seattle and Western Washington lost a pioneering advocate and journalist on Sunday night when GEORGE BAKAN, the publisher of Seattle Gay News, the area’s oldest LGBTQ publication, passed away at his desk aged 79.

Plagued by health issues the last few years, George was still plugging away at putting out a weekly printed newspaper, one of the few left in the country and dealing with the ever changing world of media, one that is particularly tough for small independent outlets.

George and the SGN have been serving our community for the last 5 decades and heading into a 6th. From the tumultuous Seventies and the rise of Gay Power after Stonewall, SGN grew out of a community newsletter put out by the city’s first version of a Gay and Lesbian Center. George wasn’t a founder of SGN but became involved later after he became an early activist during the AIDS era in the 80s.

A supporter of ACT-UP and other strong politically active LGBTQ groups, George both reported and advocated for rights for our community, unafraid to step on MANY toes over the years in the struggle for our social justice.

Everyone who has lived in and participated in LGBTQ Seattle’s social and political life since the 1970s has a George Bakan story to tell…or 20. Very much an example of a man who was an “introverted extrovert” or “extroverted introvert”, George was both a shy man and a passionately fierce one when it came to topics that mattered to him, including subjects not everyone wanted to confront.

George had opinions and he wasn’t afraid to share them. And, he wasn’t afraid to criticize elements within our own community. One of my favorite conversations I had with George was about Seattle’s celebration of Pride events…he wasn’t very impressed by the fact that mismanagement and infighting had led Seattle to have two separate organizations that put on official Pride events. I’m paraphrasing but essentially it was this:

“Why do we need two groups to put on Pride? We did it for YEARS on the Hill without the need for separate groups…it’s not THAT hard to put on a parade and stick a festival on the end! Naturally people are going to show up! It’s a party at the end of a parade with 100 thousand people attending!”

Pretty accurate….except I left out a swear word or two. (And, I totally agree with him…it is ridiculous we have two groups putting on official Seattle Pride events.)

I actually MET George Bakan back in 2006 when I was a volunteer at the LAST attempt to have a Seattle Lesbian & Gay Center. Seattle Out & Proud who put on the official pride events had decided to move the parade and festival from Broadway and Volunteer Park on Capitol Hill, the longtime center of the gay community, to downtown Seattle and Seattle Center citing the need for more room; the events had gotten too big to fit on the Hill.

To be honest, I agreed with that decision. It WAS time for Seattle Pride to move beyond being just an event in the gay “ghetto” but one to be celebrated by the entire city. But not everyone liked the idea including traditionalists and most Capitol Hill business owners who liked making lots of money on Pride Weekend. Regardless, the event moved downtown, and Capitol Hill responded by creating “QueerFest” to happen on the Hill. George supported the event and was a partner with the Lesbian & Gay Center in creating it and in the spring of 2006 I sat next to George at a big planning meeting at the Center. The meeting was disorganized and muddled; in my usual way, I muttered some wisecracks under my breath at all the nonsense and I had George cracking up. He seemed to enjoy my running commentary on the proceedings and I got a “George Pat On The Back” at the end of the meeting.

Though I eventually started a “rival” media outlet and became the “competition”. George ALWAYS had a pat on my back whenever I saw him. He was always friendly, frequently complementary and usually urging a closer relationship between us….one which I always shied away from. And I regret that. Not necessarily from not wanting to collaborate more with George and SGN but I regret not taking George up on him multiple offers of “we should have dinner soon!”

In the last 2 or 3 years, every time I saw George he suggested a get together and I never followed through…I always replied with a smile and the usual chilly Seattle response of “Sure! We should do that!” knowing I wouldn’t really try to make it happen. (George wasn’t the only introverted extrovert). And, I could sense George was looking for a friendship and I understand that…as we get older, connections do get harder and harder. People start to turn away from the elders; they’re inconvenient and blunt and politically incorrect. They’re not physically fit or hip or have nice teeth and why would you want to hang around an old person? George was old enough to be my father (in fact, George is only about 3 years younger than my dad) yet I understand that process of “aging out of relevance”. I know it’s starting to happen to me and…I feel bad I didn’t have that dinner date with Mr. Bakan. I should have made that effort and I didn’t and I missed out on spending time with George and asking him questions about the “old days” of gay Seattle, the stuff that happened before I moved here in 2000.

So. A very regretful and slightly teary eyed toast to a gay civil rights pioneer and all around mensch.