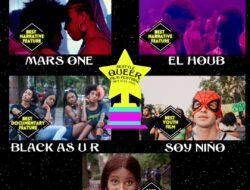 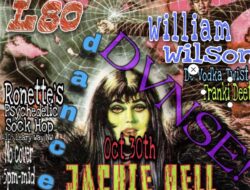 SO many great events happening this Halloween Saturday, October 29th in LGBTQ+ Seattle!

We have them on our Seattle Gay Scene Calendar AND check out all of today’s event’s down below!

Have fun and be safe out there! Lots of scary things in the shadows…

Like vampires, werewolves, monkeypox, fentanyl and too many drunk fools!

AND, check out our calendar ALL the time to find terrific LGBTQ+ events for Seattle and the greater metro area!

Mimosas Cabaret is Dinner Theater during the day, it’s Brunch Theater, featuring: ISABELLA EXTYNN RUBY BOUCHÉ LOUVEL SKARLET DIOR BLACK MANNY DEL DIA GLORY JOEL JACKIE RABID Directed by ISABELLA EXTYNN Choreography, Sound, Lighting and Projections by RUBY BOUCHÉ Info: ****21+ ONLY. Unfortunately, due to the liquor laws in our state, we are not able to accommodate anyone under the […]Find out more »

The Atomic Bombshells…PUT A SPELL ON YOU! @ West Hall/Oddfellows Hall

COMING THIS HALLOWEEN, TWO NIGHTS ONLY: Must be the season of the WITCH….Seattle’s “most dazzling burlesque troupe” (Seattle Weekly) return to the stage to cook up some seriously sexy spooky magic in their glittery cauldron with the return of their smash sold out BOO-lesque spectacular: The Atomic Bombshells…PUT A SPELL ON YOU! Join these internationally […]Find out more »

LE FAUX SHOW A celebrity impersonation/burlesque show featuring a full cast of professional impersonators, choreographed dancers and completely outrageous acts. You and your friends will have the time of your lives seeing our Las Vegas style productions. We are concert-like performances that are truly unbelievable. Le Faux is the largest cabaret-style celebrity impersonation show in […]Find out more »

Join us for an evening of thrills, chills, and trills as the Rainbow City Concert Band kicks off its first performance of our 25th Anniversary Season entitled, “Play On!” Our first concert of the season will be an evening of light frights and spooky delights as we discover what goes Bump in the Night! This […]Find out more »

Join the Rain City Soccer Club for a Halloween bar crawl! This is a great opportunity for people to meet others from the club! CRAWL STOPS – led by Charlie Daniels and Abbey! – 7 pm – Optimism Brewing (pizza provided by the club) – 8 pm – Wild Rose – 9 pm – Madison […]Find out more »

The Atomic Bombshells…PUT A SPELL ON YOU! @ West Hall/Oddfellows Hall

COMING THIS HALLOWEEN, TWO NIGHTS ONLY: Must be the season of the WITCH….Seattle’s “most dazzling burlesque troupe” (Seattle Weekly) return to the stage to cook up some seriously sexy spooky magic in their glittery cauldron with the return of their smash sold out BOO-lesque spectacular: The Atomic Bombshells…PUT A SPELL ON YOU! Join these internationally […]Find out more »

CC’s Seattle will transform into a Mad Whimsical Blacklight Nightmare. Come explore Wonderland; which has fallen into the madness of the Kingdom’s new herald, the Cheshire Cat! The White Rabbit is dead by the Axe of the Ace of Spades (Dirk the Executioner). The Queen, King, Mad Hatter, and others are also missing. Fall into […]Find out more »

Supernova goes to The Roller Disco!

Wear your Halloween costume or Disco threads and roll with us to Southgate Roller Rink for a Halloween Roller Disco like no other! Groove and glide as resident Supernova DJs spin Disco classics and NuDisco favorites live from the center of the rink! Tickets include skate rental and there is a “double header” ticket option […]Find out more »

Halloween is for secrets and raging- join us 10/29 – presented by @bottom_forty and @electroluxxprty Bottom Forty and Electroluxx Present-   GAYLIENS An InterGaylactic Halloween Party One of us! One of us! Join up and bust out your craziest wildest and/or most intergalactic alien space fantasy this Halloween as we roll out this mega party for you! Featuring […]Find out more »

ON SALE NOW 🚨 MONSTER 💋 10.29 we’re flying in all of your favorite party monsters from across the globe for a for our sexiest Halloween to date. Performances by legendary nightlife icon @amandalepore , Hot Haus Winner @fantasiaroyalegaga , renowned recording artist and father figure @cazwellofficial , and TikTok phenomenon @twistedpennywise along with all of your fave MX babes. After thee body-ody-ody […]Find out more »

Join us Saturday 10/29 for 🦇 HALLOEMO 🦇 Seattle’s busiest girlboss @babyvanbeezly takes over The Woods for 3 Floors of Emo Pop-Punk partying 🔥 Featuring a pop-up performance by @haleygravesofficial , this is one Emo night you don’t wanna miss 21+ w/ID A party for everyone!Find out more »

DANCE TIL DAWN On October 29th, The Complex is ready to CLANG all those living, dead and in between, during this all-night affair. We are JUST LOOKING to devour your hearts and spill your throats across three dance floors of blood pumping electronic music. The death dance begins at 9PM with discounts for BLOOD CHASERS […]Find out more »

This is a women-focused event that welcomes all girls, gays and theys, prioritizing space for BIPOC women, trans women, women femme, masc, but includes all gender diverse individuals. This event is coordinated by black & brown women FOR black & brown women. DJ LADY COCO our resident DJ will be playing all of your favorite hits. […]Find out more »

OKER’S WILD‼️ Dance Until You Die‼️ GoGos Galore + NO COVER‼️ A Halloween Weekend Dance Party with popular hits, obscure underground tunes, a bit of creepy crawly sounds and other on brand themed music to dance the night away‼️ @unicornseattle 9p-late .Find out more »

Join Us At Union For Halloween Weekend 🧟‍♂️ Saturday 10/29/22, Photographer at 9pm Dress Up, Drink Some Brew, and Howl at the Moon Until 2am Monday 10/31/2022 🦸🏾‍♀️ Celebrate the Gay High Holiday, Halloween at Union! Drinks Features for All You Ghouls All Weekend LongFind out more »

This Halloween, Disco isn’t dead… it’s undead! Zombie Disco is the vibe, but we encourage you to wear any costume you like! Stayin’ Alive is the past, present and future of Disco! Guest and resident DJ’s spin classics and NuDisco favorites accompanied by our resident live musicians and in-house band, Universal Peoples! Be dazzled by […]Find out more »

Join us Halloween Saturday for a spooky Halloween Drag Show & Costume Contest. Featuring the legendary Queen Andrew Scott and Sneaky Boo. It will be packed so please grab a free ticket or table reservation at https://www.eventbrite.com/…/west-seattle-halloween…. Or just show up early and grab an empty seat Cash Prize for 1st place and other prizes for […]Find out more »

Gods & Monsters Underbear / Costume Party The Comeback creates a dark hunting ground for Gods and Monsters. Will you hunt or be hunted? Beats by Jack Chang from Germany. 21+ w/IDFind out more »