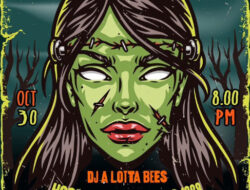 It’s Halloween Week in LGBTQ+ Seattle And So Many... 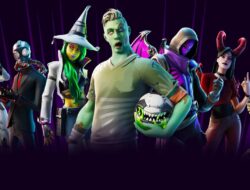 Three Dollar Bill Cinema has announced all the winners for this year’s Seattle Queer Film Festival which ran October 13th through the 23rd at venues around the city and online.

The jury choices were:

Gabriel Martins’ MARS ONE, Brazil’s entry for the Academy Award for Best International Feature, and Shariff Nasr’s EL HOUB tied for Best Narrative Feature. The jury noted, “EL HOUB’s vibrant uplift of Muslim queer stories reminds us that the more deeply personal stories are, the more relatable they are” and “MARS ONE queers family film in a deeply human way.”

BLACK AS U R, directed by Micheal Rice, was awarded the Best Documentary Award for its “depiction of the reality of living in the intersection of Black and LGBTQIA cultures without patronizing the members of the communities but, instead, provides a platform for conversation and advocacy.”

HOW TO DATE WHILE TRANS, directed by Nyala Moon, won the Best Short Film Award “because of its smart writing, universal appeal, and a perspective we don’t see very often.” This well-crafted rom-com short centers on a Black Trans woman navigating the perils of dating. This film has won multiple awards at film festivals, including Three Dollar Bill Cinema’s TRANSlations: Seattle Trans Film Festival.

Lorena Zilleruelo’s SOY NIÑO won the jury award for Best Youth Film for its “moving originality and compelling filmmaking that gives a glimpse into a life that has rarely been seen on screen.”

The Audience awarded top honors to these films:

Three Dollar Bill Cinema also announced there would be encore screenings to occur next week online:

Three Dollar Bill Cinema will present a festival encore, including a selection of jury and audience awards winners and staff favorites from the 27th Seattle Queer Film Festival. The encore screenings will go on sale Friday, October 28 at threedollarbillcinema.org and will be available virtually November 4-6, 2022. Pay-what-you-can passes are on a sliding scale of $25-$50 and individual tickets start at $13. Passholders from the 2022 SQFF will receive free access to the encore screenings. The festival encore’s viewing footprint extends to all of Washington, Oregon, Idaho, and Alaska. Audiences will have a 72-hour viewing window (after starting the film) to watch each program.

Congratulations to all the winners and Three Dollar Bill Cinema on another successful festival!