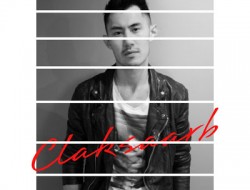 April 12, 2011 Comments Off on Nark’s back in town…he took some lovely photos this weekend involving Glitter, a Fannie, and some Bears… Views: 1230 Nightlife, Some Lovely Photos

Nark’s back in town…he took some lovely photos this weekend involving Glitter, a Fannie, and some Bears… The existential angst of a Glitterbang reveler. Photo: Nark Magazine

Fans of DJ Nark and Nark Magazine have been pouting for the last few weeks since the multi-hyphenate jack of all trades was criss-crossing this great nation of ours on a musical odyssey with Lisa Dank that involved a lot of late night gigs in disreputable night clubs playing their brand of daemon music…in other words, business as usual. The “Dank Tour” snaked down the Pacific Coast via PDX, SFO, LAX then trudged through the wastelands of Arizona and New Mexico to play SXSW in Austin, TX before retracing their steps back to Seattle Land. The Dank Tour will be the stars of a Welcome Home Party at Neumo’s on Wednesday, April 20 which you should definitely check out, but until then Mr. Nark is keeping busy spinning his discs and snapping his shots. He happily captured a few this past weekend at Glitterbang at The Electric Tea Garden, the Fannie Mae Darling show at Lezbro at The Wildrose and Spring Thaw fun at The Seattle Eagle.

Check out the World According to Nark below and to see many more shots, head to Nark Magazine. More Lovely Photos AFTER the jump…