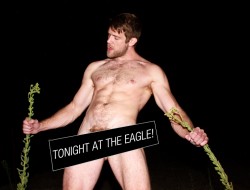 R Place Is Staying Competitive For September With Wendy... The Divine Heklina returned to Seattle after a two year break to stage TRANNYSHACK SEATTLE at Chop Suey and it did not disappoint. Heklina was her usual brilliant self and the SFO girls she brought up: Aurora Switchblade, U-Phoria, Fade-Dra and Lil’ Miss Hot Mess were all bringing fierce, edgy Bay Area shock drag, art house, punk realness to Seattle. And, as always, the Seattle girls brought their A Plus games to the table with terrific performances from BenDeLaCreme, Jackie Hell,  Ade, Jinkx Monsoon and Honey Bucket…not to mention the very welcomed return of the legendary Ursula Android.

SGS was delighted to be a part of it, and thanks to Qulture Qreative/Hard Times (Kendall and David), Chop Suey, Marcus and Heklina for bringing us along for the ride…it will NOT be another two years before Trannyshack returns! The magic MUST return at least once a year!

Here’s some terrific shots from Friday night’s travesty of fun, shot by Ryan Georgi of posewith.us and check out more of them at our Facebook page. Aurora Switchblade has a strong connection with her fans….
Photo: Ryan Georgi/posewith.us Lil Miss Hot Mess is a San Francisco queen who is new to us…and we ADORE her!
Photo: Ryan Georgi/posewith.us This might just be the most precious photo of Sylvia O’Stayformore, EVUH!
Photo: Ryan Georgi/posewith.us She flew in all the way from Drag Prison for the final number: That Monsoon girl…
Photo: Ryan Georgi/posewith.us You never know what you’ll see at The Sidewalk Sale outside Trannyshack Seattle…nothin’ but a lot of Street Meat. http://posewith.us/