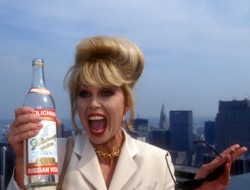 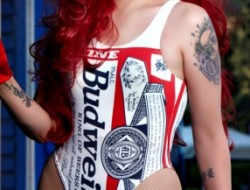 Unfortunately, Summer is on its decline. We’re in the middle of August and soon enough, we’ll back to rain, gloom, and doom. For now though, we still have end-of-summer parties to attend and black out at behind a dumpster. This coming Friday, there’s three different soirees to choose from…even one in BREMERTON! Choose your own adventure, y’all!

Everyone’s favorite creature feature, Cucci Binaca, is unleashing the third edition of her caked out affair with performances by Lola, Gabrielle Grimaldi, and a slew of other queens. The best part is the competitive eating. One time she made people eat chocolate cake out of a diaper. If that faux-scat play sounds fun to you, then shell out the small fee of $5 and enjoy the show.

Apparently this is a hush-hush party and you have to register online for it RIGHT HERE. The event is hosted by the national Stoli Guy host, Patrik Gallineaux with local co-host Mama Tits on hand, plus judges Lori Pacchiano and our own beloved Leader, Michael Strangeways. The event itself is shrouded in mystery, so two words: free drinks.

There really doesn’t need to be much of a plug for this party, since everyone and their Party Cat will be there. Just make sure you don’t wear much of anything and make sure your look is on point. Unless you’re me, since I love wearing sweatpants. It’s not winter yet, though. Anyway, Izzy Extynn-St James is hosting so you know it’s going to be one helluva party. She may even call you a BITCH!

Just don’t keep her out too late…she’s gotta be at dress rehearsal on Saturday for her new MIMOSAS WITH MAMA show, “30 Minute Mama Mia” which opens Sunday, August 17 at The Unicorn!! Gurl’s gotta be FRESH and ON POINT!