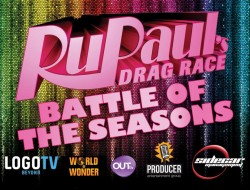 RPDR’s “Battle of the Seasons” Returns On February 11,... 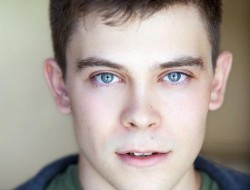 Interview With Edmund Bagnell: Well-Strung Will Wow You With... The Divine Ms Midler is heading to Seattle in 2015.

Yesterday, the Bawdy Queen and Eternal Gay Icon announced a huge arena tour for North America to run May 8, 2015 and close out at NYC’s Madison Square Garden on June 25. Pre-sale tickets begin November 17, 2014. Head to Bette’s website for the poo. The tour is to promote her new album, “It’s The Girls” but let’s be frank…albums don’t make money anymore but huge tours do, so Bette’s just a smart boomer putting a “little somethin’ away for her Golden Years”.

Bette and “The Girls” will be heading to Seattle’s Key Arena on Monday, June 1, 2015. Check back HERE for tickets.

Here’s Ms Midler explaining why she made this her 25th album:

As most of you know, I have an absolute mania for harmony and vocal groups – I’m mad for the melodies, I’m cuckoo for the chords! I have been a rabid fan of these groups since I was a mere sprout, (which was so long ago I’m practically a beanstalk now!) and although I have jumped feet first into this kind of music many times, I decided to devote an entire record to some of the girl group music that I have loved since I was a kid. Yes, Virginia, I MADE A NEW ALBUM!! It’s my 25th album, which I really can’t believe. How did I manage that? Have I been recording albums I didn’t know about in my sleep?

Even though she’s turning into Cate Blanchett.