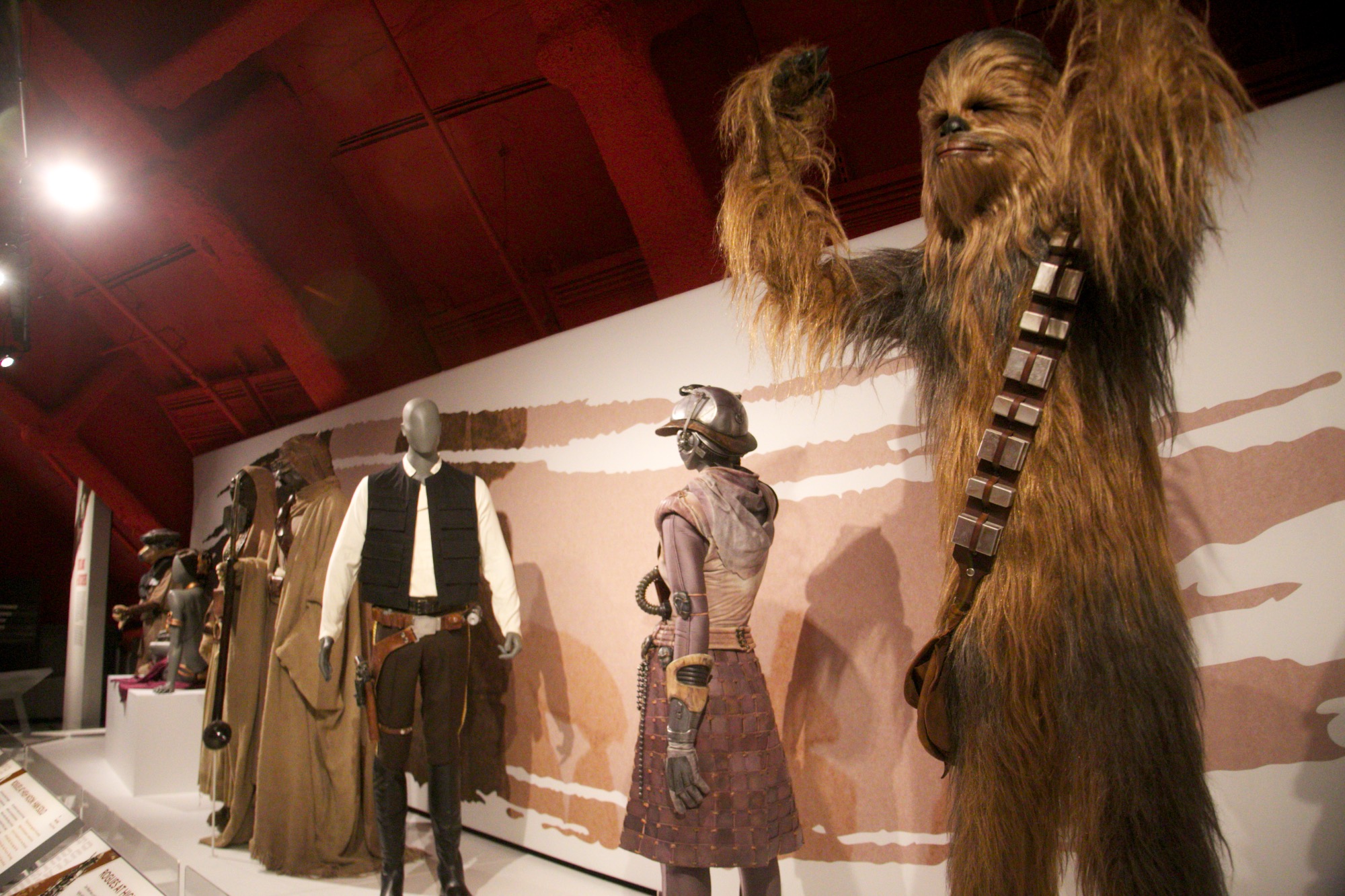 Fashion and design nerds are in for a treat at EMP: the new “Star Wars and the Power of Costume” exhibit is a delightful collection of the imaginative ensembles crafted for a galaxy far, far away. (Check out our full photo gallery over on FB.)

Mannequins posed throughout the hall show off weird textiles and elaborate embroidery; ornate belt-buckles and shoes; and of course Leia’s bikini.

“We wanted to bring forward the high level of craftsmanship” said Saul Drake, Exhibitions Project Director with the Smithsonian Institution Traveling Exhibition Service. He pointed out a delicate-looking ornament on the back of a dress, positioned low and within dark folds where a camera could never see it. “We want people to get close and get the level of detail.”

And that level of detail truly is staggering. There are pearls attached by hand to Padme’s wedding dress (which was itself a vintage Italian bedsheet, discovered in a shop in Australia), and a Mongolian-inspired headdress that must’ve given poor Natalie Portman back problems for weeks. A lot of the little flourishes never appeared on film, but now at last you can really inspect the dark feathered cape that Padme wore when Anakin seduced her, or the yak hair on Chewbacca’s arms.

Interpretive displays offer further facts that make you pity the poor actors: apparently Portman had to walk with a car battery between her legs for one light-up dress. “I very scrupulously avoided fashion in the other movies,” George Lucas is quoted as saying on one sign. “This time (in the prequels) we are walking right into a fashion statement.” Well, that’s putting it mildly.

The exhibit spans all six films, and maybe someday a similar exhibit will extend to the costumes from J.J. Abrams’ Episode VII, now in production. All of those outfits belong to Disney, says Leila French of the Lucas Museum of Narrative Art. But the Lucas people and Disney people have had a nice collaboration so far, she says, and she’s anticipating that that will continue.

When they’re not hanging out at EMP, the costumes live in climate-controlled storage up at Skywalker Ranch, in rooms alongside props from Star Wars, Indiana Jones, and less fondly-remembered Lucas projects. (Say what you will about Tucker: A Man and his Dream, but we’ll always have a soft spot for Radioland Murders.)

If you’re feeling particularly fannish, you can spring for the $60 tickets to the opening night party, featuring special guests Anthony Daniels (C-3PO) and Billy Dee Williams (Lando Calrissian, and also Brady Lloyd on Dynasty). Guests are encouraged to come in costume, so dress to impress.

(We’ve got lots more photos from the exhibit over on FB.) If you own vinyl records, you probably have at least 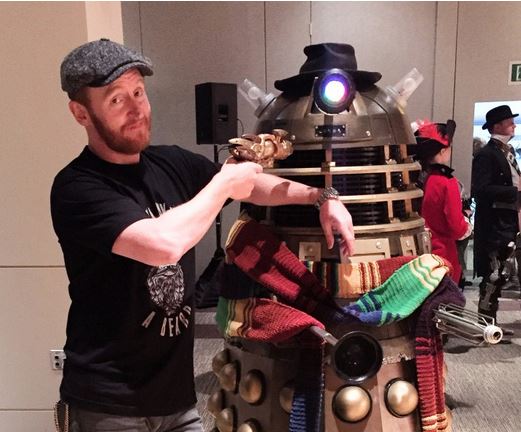 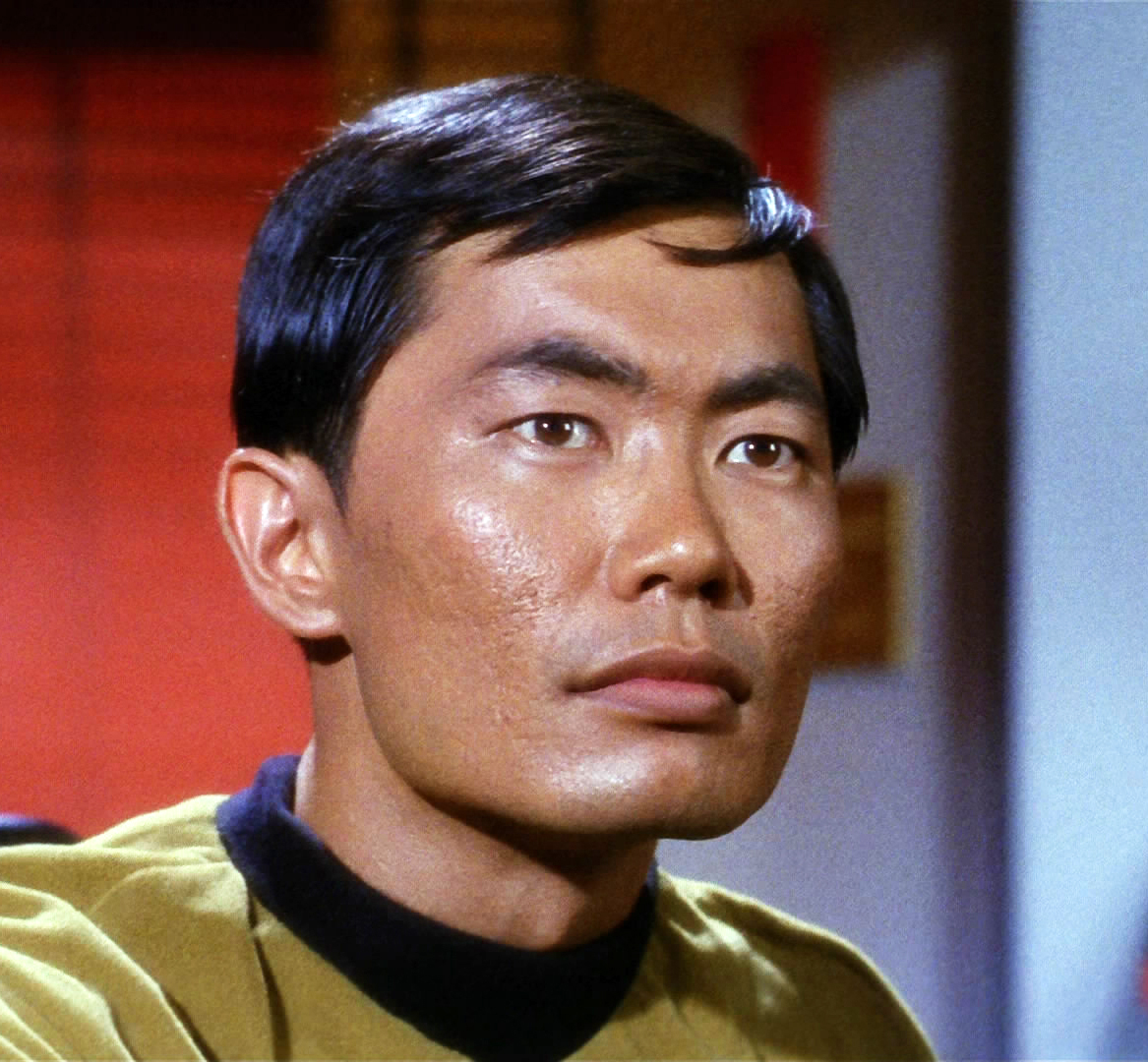 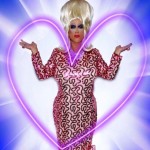 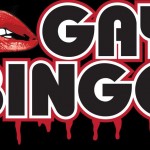 Next: Lifelong’s Gay Bingo Will “Time Warp” You To The Land Of Frank’N’Furter