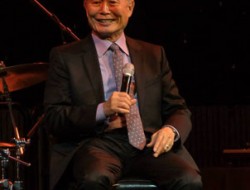 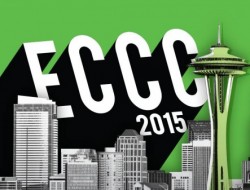 If you spent any time wandering downtown this weekend, you probably bumped into a throng of college kids debating the relative merits of Doctor Whos, or at least one preschooler dressed as Spiderman, or possibly a lady with pointy ears puffing into an ocarina. More so than on a regular weekend, that is.

Thousands packed the convention center to wander amongst booths, collect back-issues and autographs, and scurry between panels about robots and tabletop games. We took a leisurely stroll around the event on Saturday to check out the highlights. Of all the special guests, the one getting the most buzz was Spiderman creator Stan Lee, who spoke about his life at a panel and then settled in for some solid autographing ($75 a pop, or $88 for a photo). But the Buffy panel also had attendees agog: Charisma Carpenter, Julie Benz, and Clare Kramer spoke on Friday to an adoring crowd.

We also picked up on some giddiness about meeting Tabitha St. Germain (My Little Pony), Marina Sirtis (Counselor Troi), Anthony Daniels (C3P0), and John Barrowman (Captain Jack Harkness). Now there’s some slash fiction that the world could probably do without. Competition was stiff for the costume contest. In the Couples category, Thor and Sif (Brett and Beverly Downen) took home the honors; in the Tailor category, the prize went to an absolutely stunning Kaylee-in-fancy-dress outfit as fabricated by Renee Spencer. A massive group of Game of Thrones Characters won for the Group category; Masters went to Rawrbomb’s General Zod; and in Fantasy it was Mary Mann as Princess Celestia. The Sci-Fi category went to Eddy C.’s Warrior Alien, which also took home Best in Show.

And there was no shortage of remarkable cosplay wandering the con. Our favorite: an Iron-Man-themed Totoro, which was massive and needed help floating up the escalator, arms stretched wide like it was about to take off into the sky.

Aside from the panels, vendors, and parties, there were a ton of gaming tables set aside, and every time we passed by, dozens of geeks were deep in concentration over dice of various sizes. Thrillingly, there were fun and games aplenty outside of the official event: EMP launched a new exhibit called “Infinite Worlds of Science Fiction,” featuring Spock’s tunic among other artifacts. (And, special guest George Takei; check out our lovely photos.)  And of course, the Pink Party at Neighbours was a colossal success, thanks in part to the delightful Game of Thrones‘ star, Kristian Nairn, who somehow is not yet sick of jokes about only saying “Hodor.” The man has the patience of a saint, and the physical presence of a leviathan. (Check out more lovely photos of THAT event!)

Saturday night saw the return of Insert Coin, the Eagle’s smashing videogame party, where a couple of queers dolled themselves up in costumes ranging from a Kingdom Hearts character to Avatar Aang.

The crowd was so massive this year that it’s been expanded to a four-day event for 2016, so start assembling your cosplay outfits now.