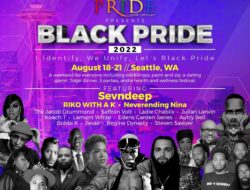 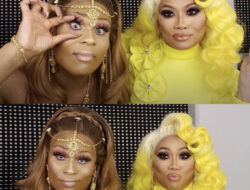 Peppermint and Jujubee Open New Tour In Seattle On...

I mean, it’s EMERALD CITY Comic Con…how can it not be super gay? It’s a “Wizard of Oz” reference!

This year’s big nerd event has moved to August (Covid has messed up the traditional schedule for ECCC…it used to be a spring event pre-Covid!) and it’s happening this weekend, Thursday August 18th through Sunday August 21st with a slew of big names from the world of all things fantasy/sci fi/horror/comics/pop culture all descending on the Seattle Convention Center.

This year there are a lot of gay guests and/or guests representing gay themes/shows/characters including first time guests like our own drag superstars Jinkx Monsoon and BenDeLaCreme.

AND, out gay actors like Harvey Guillén (What We Do In The Shadows) and Kristian Nairn (Game of Thrones, Our Flag Means Death)!

And, fan favorites like Christopher Eccleston and Billie Piper from Dr. Who and dreamy Tom Welling from Smallville and still dreamy Freddie Prinze Jr from Scooby Doo and Doug Jones from Hocus Pocus (and many other things!) Oh, and Seattle’s own Brendan Frasier (The Mummy) and Felicia Day and Cassandra “Elvira” Peterson and many, many more.

And, if you like to spend money, you can snag photos opps with all these stars! Go here for that: https://store.epicphotoops.com/emerald-city-comic-con/2022

Oh, and they even have a special Pride Lounge presented by Free2Luv…more skinny about the Lounge:

Looking to decompress and recharge? Need a break from the Show Floor? We’ve got you covered! Come hang out on comfy bubble chairs, snack on candy, chat, blow some bubbles and relax! We’ll even hook you up with some fun giveaways. Feeling creative? Come add your artistic flair to our interactive art murals and hang and express yourself creatively. It’s a great way to de-stress and have fun!

We’ve created a fun photo op space filled with interactive props. You can also take a stand against LGBTQ+ bullying by taking a pic with our rainbow FRIENDS DON’T LET FRIENDS BULLY sign and posting it on social to show your support. Challenge your friends or meet some new ones! We’ve got board games, card games, and consoles set up and ready for you to play.

We’re an award-winning national nonprofit that’s all about utilizing the arts and conversation to empower and support youth struggling with identity, mental health, self-harm, and bullying. We’re addressing the mental health crisis by successfully providing safe spaces and tools for youth to thrive, express themselves creatively, become more confident and compassionate, and turn their pain into power and purpose. We provide all of our programming to under-represented and under-resourced youth free of charge.

And, this man is RIDICULOUSLY HANDSOME.