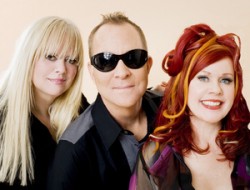 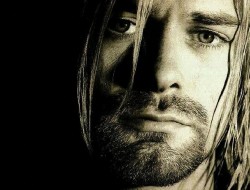 “Clipped Wings” is the locally made film about the Boy Scouts ban on gay members and part of the “Come As You Are” program at NFFTY. The film screens Sunday, April 26, 2015 at The Uptown.

SIFF might be right around the corner, but before that juggernaut charges through May and June, Seattle’s own National Film Festival for Talented Youth, or NFFTY, begins on Thursday, April 23rd. It should not be missed by anyone who is interested in the cinema of today’s youth. Founded in 2007, the Festival returns this year in its ninth iteration with four days of screenings, panels, and events at the Cinerama and SIFF Uptown theaters.

NFFTY claims to present “the voice of a generation” each year, and there is no reason to doubt that assertion, given the festival’s curatorial focus: films from around the world are accepted, but only from filmmakers who are age 24 or younger. If you browse the festival catalog, you’ll find that the variety on offer is impressive. Could the next great cinema artists emerge from this year’s crop of filmmakers? It seems entirely possible.

NFFTY begins on Thursday, April 23rd with a sold-out Opening Night Gala and Screening at the Cinerama. It then moves to Queen Anne’s SIFF Uptown Cinema for the duration, from Friday the 24th through the Sunday the 26th. The price of admission is affordable, if not downright cheap: 3-day passes are $60 for adults and $54 for youth. Single-day passes are $24 and $22 respectively.

Of particular interest to SGS readers might be the “Come As You Are” program of short films screening at 5 PM on Sunday, April 26th. According to the festival description, the six short films in this segment “explore the struggles and triumphs that we all encounter when establishing our own identities in today’s world.” I have seen four of the six, and it is a strong line-up of LGBTQ-related cinema, with Boy’s portrayal of a transgender youth in crisis; the fantastical self-discovery quest of Border Woods; the intensely personal tale of birthday suicide prevention in We’re Okay; and the struggle of a gay Boy Scout in the locally made documentary Clipped Wings. The two I haven’t seen look promising as well: In Out Again, a boy uses time travel to come out in just the right way, and A Kiss From Your Lips looks to play with formalistic conventions by telling its story of a “dance with a twist” all in one take.

For filmmakers, NFFTY reaches beyond exhibition and offers networking and educational opportunities as well. This year’s panels cover everything from writing and directing to critique sessions of works in progress.

Look for more coverage of NFFTY on SGS once the festival begins!

The six films being presented in this program:

OUT AGAIN
Greg Chu – 16, Tai Payne – 16, Emma McKittrick – 15
Washington, USA
A 16-year-old boy named Sam attempts to come out to his crush Jordan. After his failure, he discovers an ability to travel through time and fix his mistakes until he can get the “perfect” coming out.

BOY
DILucas Helth Postma – 15, Mikkel Nordfang Philipsen – 16, Freja Maegaard – 18, Olivia Karoline Fløe Lyng – 16
Denmark
Emilie, born a female, wishes to be a boy. Sadly, her mother doesn’t wish for the same thing. Emilie attempts to convince the world that she’s trapped in the wrong body.
BORDER WOODS
Miles Dupuis Carey – 18, Mida Chu – 18, Kathryn McCarthy – 17, Leah Yrastorza-Daghman – 17
Michigan, USA
When Rowan loses his friends in the woods the night of their last camping trip before college, he is plunged into a fantastical world where he must face his hopes, fears, and sexuality, as he is pushed ever closer to the border of the unknown.
A KISS FROM YOUR LIPS
Allison Tate – 22
California, USA
A one-take swing dance film with a twist.
WE’RE OKAY
Kira Bursky – 18, Miles Carey – 18, Elena Jacob – 18, Gintare Zukauskaite – 17
North Carolina, USA
Delilah has decided to kill herself on her 18th birthday, but her friend Lena surprises her with a birthday party. We see how Delilah is truly feeling in her stop-motion animated, circus-world mind.
CLIPPED WINGS
Coleman Andersen – 16, Duncan Gowdy – 16, Leo Pfeifer – 16
Washington, USA
On the journey to Eagle Scout, discrimination gets in the way. These are the stories of those most affected by the Boy Scout’s ban on gay members. Note: locally made film.

Tickets for the screening HERE.