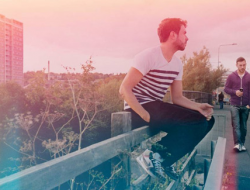 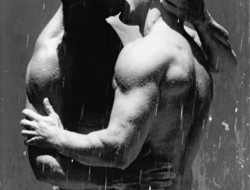 Crypticon Full of Fun and Reveals…Including “Twin Peaks 2.0” To Film In North Bend!

Thrills and chills! Freaks, geeks, and squeaks! Crypticon was a bloody success!

Ok, before I go any further, I’d like to point out that I spoke briefly with Sherilyn Fenn of Twin Peaks. She confirmed for me, before the 1pm Saturday panel, that both she and Sheryl Lee will be in the new show, and that they’re “recreating the entire set exactly” like the original. Shooting begins in North Bend, WA, in September-October. “David, why would you want to shoot in May?” She had asked director David Lynch. Fenn was lovely to speak with, and both she and Lee were more than accommodating with taking fan photos. None of that pay-separately-for-photo-ops-and-autographs crap.

Onward to Crypticon itself. The Hilton by Sea-Tac was packed full of con-goers on Saturday, and everyone from your 15-year-old wannabe goth niece to the aging veterans of B-movie horror were there. The only downside I saw was that the programming was quite limited by the confines of the Hilton floorplan, in that people could easily have attended panels and movies without anyone ever knowing whether a ticket was bought. Of course, without a ticket those people would’ve greatly missed out on the intense vendor/merch room!

Comics, makeup, workshops, clothing, VHS and DVDs, Anglicon, and Norwescon all vied for space that filled up nicely. A couple of booths were even for tattoo artists, who worked on people while others waited. My personal favorite: Martha Hull. The little goth in me squealed with glee, and then returned to its normal gloom when I couldn’t buy all the pretty things. Props ran rampant! Everything from statuary to weapons to everything you need to complete your haunted house were there for your approval. There was seriously every opportunity to learn how to do everything it takes to make your own horror/slash/thriller movie, or at least an epic Halloween.

It’s also a tip of the hat to Crypticon that although there were no posted signs or verbage describing an anti-harassment policy, people on the whole seemed pretty chill. This was arguably a bigger convention than Steamposium, but not nearly as big as GeekGirlCon; yet everyone seemed to play nice, despite the subject matter. Stick THAT in your ears, conservatives who think listening to Marilyn Manson caused Columbine!

There was not enough time in the day for me to enjoy all the things and see all the movies. Suffice it to say, next year I’ll be there with bells, spikes, and knives on to fully relish all of the sweet eye candy. I would’ve liked more time to visit with the celebrities, too. But hey…another con is around the corner! See you at Anglicon!