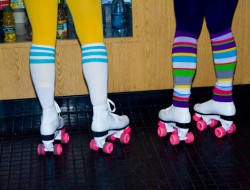 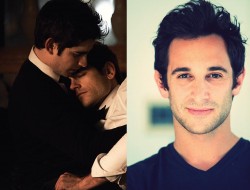 It delighted the Sundance Film Festival this year and has received rave reviews. Tangerine is the daring new film about two transgender best friends and their comedic hijinks dealing with life in a gritty neighborhood. The film has received praise for its story but it’s also drawn attention for the fact it was shot on an iPhone 5s!

Transgender besties Sin-Dee and Alexandra (Kitana Kiki Rodriguez and Mya Taylor) are having a reunion. Sin-Dee has just returned from a 28-day stint in prison and is on the hunt for her boyfriend (and pimp) Chester, last rumored to be sleeping with a girl who has like, vagina and everything. Alexandra doesn’t need this drama, as she is busy trying to drum up an audience for her big cabaret debut. Meanwhile, an Armenian cab driver (Karren Karagulian) patrols the neighborhood, picking up fares, and maybe a little something extra. Yep, it’s just another Christmas Eve in West Hollywood. Tangerine is a bubbly, sassy slice of life that is part John Waters and part Duplass Brothers (who co-produced). Director Sean Baker’s innovative production was filmed entirely on an iPhone 5s, which not only looks astounding, but allowed for unobtrusive, street-level intimacy. Tangerine is fierce and sweet, farcical and tender, and features fully realized transgender characters that are complex, real, and able to toss off classic dialogue that will be repeated for years. Merry Christmas, bitch.

Director Biography
Sean Baker is an American filmmaker based in New York. His previous work includes the Spirit Award-nominated films Take Out and The Prince of Broadway, and 2012 festival smash Starlet. He is also the co-creator of the Fox/IFC comedy series “Greg the Bunny.”

Tangerine is this year’s “Gay-La” presentation at the 2015 Seattle International Film Festival, the annual party to honor queer films and the LGBTQ community. It screens at the Egyptian on Thursday, June 4th at 7pm with the after party to follow at The Baltic Room.