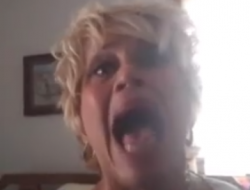 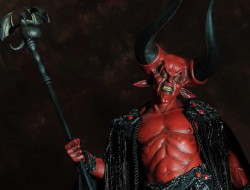 C’mon, Man! Let us have at least a MONTH before you start announcing plans for Seattle LGBT Prides events! It’s only been EIGHT FREAKIN’ DAYS SINCE SEATTLE PRIDE 2015!!!

We NEEEEEEEED time to recover!

Apparently having a need to get a head start on Pride 2016 announcements, those kooky folks over at the Capitol Hill Pride Festival, March & Rally just sent out a press release urging businesses to sign up for the 2016 edition of their annual street fair which has traditionally taken place between John and Roy streets on the north end of the Broadway business district on Pride Saturday, (the last Saturday in June). The festival was largely started as a reaction to the movement of Seattle’s Pride parade & festival from Broadway/Volunteer Park to downtown Seattle and the Seattle Center in 2006. Many Broadway and Capitol Hill businesses were furious that a major source of revenue generation had been taken away from them and attempts were made to keep Pride festivities on the Hill including a disastrous decision to stage an event called “Queerfest” in 2007. Produced by Seattle’s LGBT Center (at the urging of many Capitol Hill businesses) the poorly funded and executed event was a major contributing factor in the demise of the LGBT Center which shuttered its doors in January of 2008 due to gross mismanagement and funding issues.

But, Capitol Hill businesses were determined to have an opportunity to make a financial killing over Pride Weekend. Broadway businesses tried yet again, this time under the leadership of the outspoken Charlotte LeFevre and considerable support from Seattle Gay News and its publisher George Bakan. Despite the rag tag nature of the event, which is essentially your typical neighborhood street fair with booths selling t-shirts/assorted crap or touting chiropractors or the work of various non-profits, the event was successful enough/cheap enough to produce, for it to become an annual tradition. The event has probably become best known for its “Doggy Drag Queen Contest” and the fact there’s usually a lot of gaps between booths in the five block stretch of the event. Both Julia’s on Broadway and Cocina have recently taken the lead on providing the staged entertainment with Julia’s usually bringing in a celebrity drag queen in from out of town.

This week’s very premature Capitol Hill Pride press release has a couple major announcements. One, they plan on turning the festival into a two day event by adding Sunday into the mix…and, secondly, they plan on adding another block to the party by extending down Broadway to Howell street. This looooooong block would tie the Broadway festivities into events going on in Cal Anderson Park, one block to the east of Broadway & Howell as well as potentially bring in traffic from the new light rail station and streetcar line. Currently, Seattle PrideFest (the producers of Pride Sunday’s main festival at Seattle Center) have taken the lead in recent years by presenting Saturday PrideFest events in Cal Anderson Park including a very popular “Drag Queen Storytime” event and other family friendly activities.

Frankly, we’re gonna take the stand that adding Sunday to the festival is a terrible idea. We don’t think it’s a wise move to compete against the official celebration at Seattle Center and it’s also not very community minded. In fact, it’s an obvious money grab by north Broadway businesses to try and grab more Pride dollars. It also raises the question of HOW would this be successful. The Saturday event is a low key street fair with a very limited number of attractions. It’s fun to walk through and chat with friends you bump into and maybe even stop for a drink/nosh but nothing about Capitol Hill Pride warrants a second day of attendance. Are they gonna add a “Kitty Drag Contest”? Good luck with that…

And, why would you add another two blocks (John to Howell is really a two block stretch since it’s actually John to Denny to Howell) to a street fair that can’t fill the five blocks it already has? What’s the point?

Unless they bring in a Tilt-A-Whirl. Then, I’m sold on the idea.