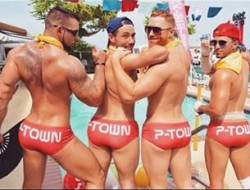 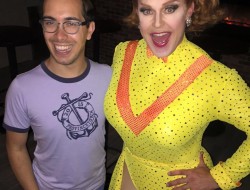 Nobel laureate David Baltimore to speak at Fred Hutch about the use of Gene Therapy to cure HIV.

A very important discussion about the use of Gene Therapy to potentially control and eventually CURE HIV is happening this Wednesday, August 12, 2015 at 7 pm at Fred Hutch.

Nobel laureate Dr. David Baltimore will join stem cell expert Dr. Paula Cannon to tell us why they think gene therapy will be vital for the eventual cure of HIV and the prevention of further transmission.

This FREE moderated Q&A and community event will be held in Pelton Auditorium, which is located in the Thomas Building on the campus of Fred Hutch, 1100 Fairview Avenue North in the South Lake Union neighborhood.

In 1975 Dr. David Baltimore shared a Nobel Prize in Medicine for his discovery of the reverse transcriptase enzyme, which allows a retrovirus to convert its genetic information from RNA to DNA inside a healthy cell. Because of this work, soon after its discovery we could find ways to treat HIV, and the first line of HIV therapy focused on this enzyme, reverse transcriptase.

In addition to his scientific work, Baltimore has leveraged major influence on our national policy concerning the HIV epidemic.

In 1986, he was invited by the National Academy of Sciences and the Institute of Medicine to coauthor an independent report: Confronting AIDS (1986), in which they called for a $1 billion research program for HIV.

To the credit of the U.S. federal government, by about three years later, they were spending $1 billion, he says. Spending money on this scale helped uncover the nature of the virus, the nature of the very strange little proteins that HIV makes, and give us the lay of the land so we could figure out how to attack the virus.

We now talk of “An AIDS-free generation”, “Ending AIDS” and “Getting to Zero” because of the successful implementation of the knowledge & tools we’ve gained via HIV clinical research funded by US taxpayers.

None of us today would be able to say “END AIDS” with a straight face if it wasn’t for Baltimore’s efforts.

The premise of this project is that for some infections, including HIV, the immune system’s natural responses are inherently inadequate, and the traditional approach of using vaccines to stimulate and boost these responses is likely to be ineffective.

As an alternative, Dr. Baltimore and his colleagues propose to “engineer immunity,” that is, use genetic engineering methods to produce immune cells that will make specific antibodies to fight off infection.

Find out this Wednesday why Baltimore thinks we will never have a vaccine and will need to resort to gene therapy to help protect millions of people.

For help in navigating the Fred Hutch campus, refer to the map!