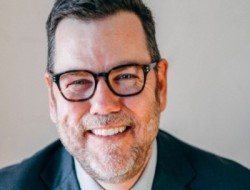 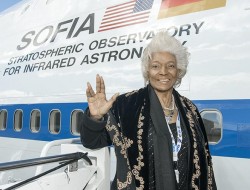 32,747 different stage shows are opening this month (September 2015) in Seattle and 18, 502 opened this past weekend. As a close friend of Hermione Granger-Weasley, I was able to borrow her “Time Turner” and see a couple thousand of them including Thursday the 10th’s season opener, “La Mélancolie des dragons” at On The Boards, a French production (performed in charmingly accented English) about a tribe of hair rockers who find themselves temporarily stuck in a snowy forest landscape but determined to make the best of their situation by cheerfully erecting their transportable performance space/DIY amusement park for a local woman named Isabelle who has attempted to aid them with their predicament. It was a genial, très charmant piece of theater with a beautifully surreal sense of whimsy and naiveté from acclaimed French theater maker Philippe Quesne and his Vivarium Studio theater collective and if you had the chance to see the show this last weekend, good for you and if not, look for them in their performances around the world with this delightful show or others in their repertoire.

That was Thursday the 10th. On Friday the 11th I headed to ACT’s Bullitt Cabaret space for the premiere of Azeotrope theater company’s new production of SOUND, by playwright Don Nguyen and co-directed by Azeotrope’s  co-founder Desdemona Chiang and Howie Seago. It’s a dual plotted play that cuts back and forth between two stories…a contemporary one focusing on a blended deaf/non deaf American family and a historical one featuring the true life story of Alexander Graham Bell and his controversial work with the deaf community which also included his complicated relationship with his deaf wife, Mabel.

It’s your typically strong production from Azeotrope, a small theater company created by Chiang, actor Richard Nguyen Sloniker and his actress/producer wife Serin Ngai but one with a very impressive record of staging important plays. Sound boldly dares to stage a Deaf Theater piece, something rarely done even in culturally open Seattle, and manages to do so with great success blending a variety of different kinds of actors, including hearing actors, deaf actors who only sign, and deaf actors who also speak, into a fully integrated and fascinating show.

It’s also a very emotional show. The audience on Friday night was obviously moved by sections of the play, particularly the contemporary story line of the show which deals with a teenaged deaf girl who opts to get a controversial cochlear implant much to the chagrin of her deaf father who, like many in the deaf community, object to the invasiveness of the medical procedure or the implication that deafness is a “defect” that needs corrected. The strongest performances in this production belonged to the actors playing those roles, the alarmingly charismatic high school student Cheyenna Clearbrook as Allison and Ryan Schlecht as her father, George. The strength of their acting indicates that Seattle is fully able to create a full-time deaf theater company. It also indicates that you can evoke enormously powerful dramatic moments in a theater without actors saying a word.

The weakest section of this strong production belonged to the historical story line featuring Alexander Graham Bell, rigidly portrayed by Azeotrope co-founder Richard Nguyen Sloniker and his efforts to “end” deafness. Bell is a very controversial figure in the deaf community…while his actions were motivated by a desire to help the deaf, a very personal cause dear to Bell’s heart as he grew up with a deaf mother and himself married a deaf woman, but the fact he vowed to defeat deafness even if it meant hectoring deaf audiences to not procreate with one another in order not to breed congenitally deaf children and thus “pass it on” is not viewed kindly by many members of the deaf community today.

The result is, the historical plot feels a bit forced and rigid and it’s not nearly as dramatically interesting or powerful as the contemporary story line despite the efforts of Mr. Sloniker, and the deaf but speaking actress Elizabeth Ayers Gibson as his wife Mabel, and the very charming presence of Andrew Wilkes as Mr. Pease, a hearing assistant to Bell who serves as his translator to the deaf community. There are a couple moments in the show when the two stories do interact and those moments are deftly directed by Ms Chiang and Mr. Seago, but other transitions are rougher. To be honest, I think it’s more an issue with Mr. Nguyen’s script…certain aspects of the Bell plot could be infused with more emotion and action and more fully integrated into the complete plot.

Sound is a show full of emotion and great promise and I recommend seeing it, but I also don’t think this is its final version. It’s still a work in progress. But, it’s also a powerful work with great promise. Saturday the 12th’s visit to Theater Land was to the fabulous new (but noisy) 12th Avenue Arts complex to see Strawberry Theatre Workshop’s just opened production of Václav Havel’s 1965 black comedy, The Memorandum a satirical piece originally written to tweak the Soviet influenced Czech regime running Havel’s homeland. The play focuses on a dreary office steeped in the mechanics of office speak politics and a drab adherence to petty rules and bureaucratic nimcompoopery. Things are turned upside down for petty tyrant and office “Director” Josef Gross when he discovers a new initiative to bring a new official language called Ptydepe into the office.

Ptydepe is a constructed language that is very difficult to learn and Josef soon learns that his underlings are using the introduction of the language to undermine Josef’s position in the office. As Josef struggles to have an important memo translated from Ptydepe into English, his Deputy Director Balas stages a coup and things begin to look very dire for Josef.

Havel’s sharply biting and witty wordplay is the chief delight of The Memorandum. It moves quickly and Paul Morgan Stetler’s direction is tightly focused and composed. The universality of the play allows its themes to continue to work today; updated with cell phones, texts and modern office technology and archetypal characters that resonate as much today as they did in 1965 Czechoslovakia.

A strong cast is headed by Galen Joseph Osier as the stuffy and befuddled Josef who gradually learns to adapt to the new social order of life in his office. Mr. Osier is always a delight in his Strawshop appearances; he always completely disappears into his roles and seems to BECOME the characters he plays. He’s pompously endearing. Trick Danneker is a charmingly slippery adversary as the underling who undermines Josef. Sarah Harlett, Keiko Green, and Mark Fullerton made a most disingenuous trio of office toadies. It’s a fully unified and compelling cast.

As usual, Strawshop has designed a smart looking show with an impressively oppressive set design by Strawshop’s artistic director/founder Greg Carter and lighting design by Gabrielle Strong. But, while I usually admire Ron Erickson’s costume designs, the decision to do a bland, contemporary design for this production is disappointing. While it was undoubtedly an economical route to take, it’s visually a dull one. The set and lighting were given a definite style; why not the costumes?

Still, The Memorandum is a charming show full of verbal wit and it still packs a punch; the creepy office politics and paranoia and language politics of this play are still in force today. It’s worth your time to check out The Memorandum.

One Response to Reviews: Strong Shows Like “Sound” and “The Memorandum” Kick Off Big Fall Theater Season