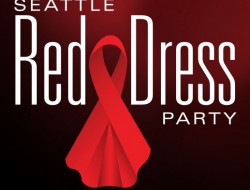 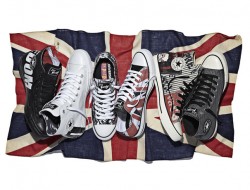 No major city from the Pacific NW made the list this year. No Seattle or Portland.

Oddly, Tacoma made the list a few years back, and was featured as the #1 Queerest City.

OK…Eugene, Oregon made it but…does it count?

(I keed, I keed…Eugene is ADORKABLE!)

The Advocate bases their list on a wide range of criteria…including how many “queer icons” visit the cities on tours.

Of what? Untalented banality? In-breeding?

Yes, we should take this with a big grain of salt…it’s The Advocate trying to drum up some clicks. Still…it’s so dumb. St. Louis is a dirty hellhole and probably only made the list because you can cross the Mississippi River into Illinois and go to fully nude strip clubs. (Note: I’ve done it….it was this weird unincorporated intersection out in the middle of nowhere with 3 or 4 “titty” clubs for straight men and one “weiner” bar for the gay men and straight women who sat at opposite sides of the room glaring at each other as they whooped it up and shoved dollar bills into the grimy tube socks of the rather seedy looking male “dancers”.  It was really gross….yet kinda fun in a vulgar sort of way.)

From the The Advocate:

The Advocate, the world’s leading LGBT news source, today has unveiled its 7th annual “Queerest Cities in America” list. While locales such as New York and West Hollywood are widely known to be LGBT-friendly, this list spotlights some unexpected cities not afraid to fly their LGBT-friendly flags.

“There are only a few true LGBT megalopolises in America—and that’s often by virtue of their sheer size,” says Matthew Breen, editor-in-chief of The Advocate. “What’s more fun, and more illuminating, is to look at the queer quotient of some less-expected locales, using criteria that don’t focus on more expected factors. The results are always unanticipated, and this year’s list delivers some absolutely surprising cities. We love sparking conversation in those places about what makes a city LGBT-friendly—and whether that city’s spot on the list is honestly earned.”

Using its own unique and irreverent criteria, The Advocate found a surprisingly diverse group of cities. While the criteria does include important elements such as non-discrimination protections and LGBT sites on the National Register, it also includes more light-hearted factors such as LGBT film festivals and tours of Janet Jackson, Ariana Grande, Carly Rae Jepson, and Madonna that have passed through the city. The full list of criteria can be found at Advocate.com.

The raw score is then divided by the population to provide a ranking based on a per capita LGBT quotient.

Find out more about why these cities are The Advocate’s top “Queerest Cities in America” this year at:

Inglewood….ugh. Isn’t that the “Valley”?

Edison New Jersey…isn’t that where dreams go to die?

I know several lesbians in Seattle who come from Rochester…if it’s so amazingly queer friendly, then why do they all leave?

And, as for Hartford, CT…it’s like the insurance capital of the world. How can selling insurance be “queer”?

The only good thing to come out of Hartford: poet Wallace Stevens. (Oh, and famous lesbian Katharine Hepburn)

We’ll close with one of his best poems, The Emperor of Ice-Cream, which seems to be bitterly infused with the banality of Hartford.