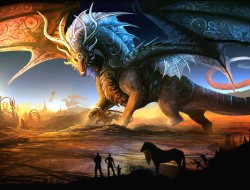 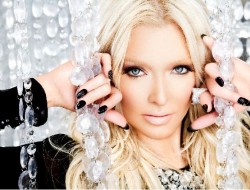 If you love musicals, then you must love Showtunes Theatre Company! The company was founded to showcase “forgotten” musicals; those that are rarely done these days for reasons such as too many characters or great music but not a very good book.

They may be moving a tad away from their original mission, but they keep to their unusual presentation style. They produce a concert-style musical over one weekend, a Saturday night and a Sunday afternoon, at their current home, Benaroya Hall. The musical they just presented this last weekend was Finian’s Rainbow by composer Burton Lane, lyricist E.Y. (Yip) Harburg and librettists Yip Harburg and Fred Saidy.

Showtunes is able to recruit the best talent in the area to perform their concerts because they only rehearse for one week and then perform the two dates. This keeps the tab down on the talent, managing costs and also allowing busy professionals to fit in this short gig.

Finian’s Rainbow has some of our most famous musical songs in it: How Are Things in Glocca Morra?, Look To the Rainbow, Old Devil Moon, When I’m Not Near the Girl I Love (I Love the Girl I’m Near). They are so familiar, you might not even know they came from this musical, specifically. It is a sweet and silly story of an Irishman stealing a Leprechaun’s pot of gold to plant near Fort Knox so it can grow into the Irishman’s fortune.

There is a challenging subplot about a nasty State Senator who hates African-Americans and is taught a lesson in empathy when he is magically turned “black.” It challenged years ago because it was an overt action against racism. It challenges now because it calls for a person onstage to perhaps don “blackface” to accomplish the story. In Showtunes’ hands, director Eric Jensen asked Butch Stevenson to trade places with Hugh Hastings as they both performed as Narrator and Senator, solving the problem theatrically and satisfactorily!

The Showtunes cast for Finian was perfect, voice-wise and character-wise! Eric Ray Anderson was the wily Irishman, and Cayman Ilika has the perfect voice and manner for his daughter Sharon. She falls in love with Woody, played with great comic timing and wonderful voice by Jared Michael Brown. Og the Leprechaun was Jon Lutyens, who seems born to have played Og at least once in his life. Katy Tabb played the silent Susan, who dances through the musical, and Katy did her own choreography with grace on the tiny stage.

Music director was Corinna Lapid Munter, well known to 5th Avenue Theatre attendees in many an ensemble on stage as a performer, but not often seen as a music director. She and the small band did a great job performing the music.

If you have not yet been to a Showtunes concert, but now you realize that you must attend (!), their next outing is May 7 and 8 with Working. Working, the musical, is based on the book by Studs Terkel about working men and women which is presented in interview form.

The musical celebrates everyday men and women and their jobs, like factory workers and waiters/waitresses. Adapted by Stephen Schwartz and Nina Faso, they included songs from writers such as James Taylor and Lin-Manuel Miranda, in addition to more typical musical theater writers like Mary Rodgers and Stephen Schwartz. (Updated in 2012)

It has not been performed in a full version in Seattle, perhaps ever. There are 40 characters (often portrayed by 17 people), which is hard to afford for a full production. So, Working fits the kind of musical that fits Showtunes’ mission most successfully.