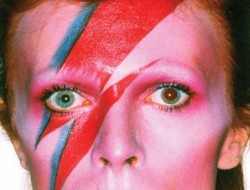 SIFF & STG Glam Out With BowieVision at “Oh... 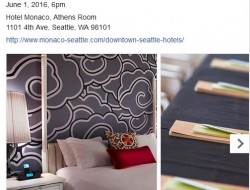 Seattle Pride Board To Meet June 1st At Hotel...

Dear Seattle Pride: WHERE Is The Info For Your Community Meeting? We still have questions for Seattle Pride.

Lots and lots of questions.

Last week, the staff and board of Seattle Pride were at the center of a controversy that had Seattle’s LGBTQ community in an uproar. Alaska Airlines and their LGBTQ employees charged they were told they could not march in this year’s Seattle Pride Parade on June 26th due to exclusivity clauses in Seattle Pride’s contract with presenting sponsor Delta Airlines. Delta outbid Alaska this year and ousted the locally based airline as the exclusive airline sponsor for the parade; Delta and Alaska are in a fierce battle for market share across the country. Danny Westneat from the Seattle Times broke the story last Tuesday, May 17th and other media outlets and social media quickly ran with the story which blew up in Seattle Pride’s face.

Pride and Delta quickly issued statements clarifying that Alaska employees were not going to be banned from marching in the parade and by Thursday night, Seattle Pride president Eric Bennett resigned his non-paying position with the organization. Kevin Toovey was named interim president to serve out the rest of Bennett’s term which was due to expire at the end of June. Mr. Toovey will also elected to serve as president for the 2016/17 term for Seattle Pride at their meeting earlier in May of this year.

From Seattle Pride’s press release posted on their blog:

As customary at its May meeting earlier this month, the Board of Seattle Pride elected its new leaders to take office August 1, 2016:  Kevin Toovey is President-elect, David Hale is Vice President-elect, Christine Lyon continues as Treasurer, and Alex Nugent continues as Secretary.  The next public meeting of Seattle Pride will be on Wednesday, June 1, 2016 at 6PM at a location to be determined.  Meeting information may be found on seattlepride.org and on the organization’s social media pages.

It’s now Friday, May 27th and Seattle Pride still hasn’t released any information on this June 1st meeting. Seattle Gay Scene spoke to a board member last week who said the group was scrambling to find a suitable venue to hold a public meeting. We’ve reached out to Seattle Pride today for follow up but so far the group has not responded which leads to concerns that the group is trying to avoid an opportunity to answer questions from the community about these serious issues at Seattle Pride and their dangerous lack of transparency.

As a non-profit community organization representing Seattle’s LGBTQ community it behooves Seattle Pride to be more open, more honest, more forth coming about how they conduct business. We know many many people have questions to ask them.

WHY HAVEN’T THEY RELEASED ANY INFO ON NEXT WEEK’S ALLEGED PUBLIC MEETING???

Here’s a list of Seattle Pride’s current staff/board. Not surprisingly, the only contact info for Seattle Pride is an info @ seattlepride.org email address. We urge you to contact them to demand a public meeting and an end to their secrecy and subterfuge.

Interim President and Chairman of the Board
Kevin Toovey