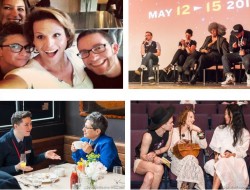 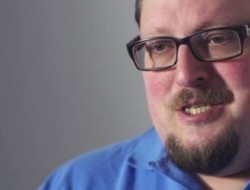 And, we quickly move to Round Two of “The Great Airline Gay Sponsorship Skirmish of 2016” as both Seattle Pride and Delta Airlines issue statements in regard to reports they were banning employees from Alaska Airlines from marching in the 2016 Seattle Pride Parade while displaying any form of corporate logo. Delta outbid Alaska, Seattle’s hometown airline, to become the official airline sponsor for Seattle Pride for the next 3 years. Both Delta and Alaska are vying for market share in Seattle and across the US.

The Seattle Times’ columnist Danny Westneat broke the story Tuesday in his column, calling it “The Great Airline Gay Sponsorship Skirmish of 2016”

Since news broke yesterday of the alleged Alaska Airlines “snub”, Seattle’s LGBTQ community has been in an uproar over the reports marchers could be denied the right to participate in the parade with many taking to social media to express their outrage and strongly critical of both Delta and Seattle Pride, the producer of the parade and formerly known as Seattle Out and Proud.

We are disheartened that we were not contacted prior to the publication of the Times story, which misrepresents Delta’s values and our stance on Seattle Pride events.

Had we been contacted, we would have shared that as a partner of Seattle Pride and Pride events around the world, Delta celebrates the inclusive spirit of Pride and all members of the LGBTQ community. While our sponsorship allows us to display Delta branding at the event, Delta has in no way restricted the participation or attire of any individual or group participating in Seattle Pride events. Each year, Delta people proudly walk alongside airlines and other companies in support of the LGBTQ community at Pride events around the country. True to the spirit of Pride and our belief in inclusivity, we welcome participation from all members of the community.

And, mid-afternoon, Seattle Pride jumps in with their clarification:

Seattle Pride has always held the position that any and all members of our community are encouraged to participate in the annual Pride Parade in downtown Seattle. We continue to work to include each and every organization, company, and individual who wishes to join us in that solidarity and celebration.

We are extremely proud that the Seattle Pride Parade has grown to become one of the largest, most diverse, and well-attended pride celebrations in the United States. We look forward to continuing that tradition this year and hope that the LGBT employee affinity group of Alaska Airlines, Globe, will join us as they have these past several years.

On behalf of the Board of Directors of Seattle Pride, please know that our highest principles of inclusion and diversity still govern the Seattle Pride Parade and we are working quickly to clarify this matter.

It should be noted that Colin Bishop, a public-relations spokesperson for the Seattle Pride Parade who was quoted in the Times article, is not listed as a signatory on that letter from Seattle Pride.

There are numerous omissions and out of date information on Seattle Pride’s website. It states that:

The Seattle Pride Board of Directors meets every third Wednesday at 6:00 PM at Seattle Pride’s Office. For more information, please email us at info@seattlepride.org.

Seattle Gay Scene has learned that Seattle Pride’s next scheduled board meeting is June 1 at 6:30 pm at Planned Parenthood.

Alaska Airline employees have indicated they will be staging an alternative event during this year’s Seattle Pride Parade on Sunday, June 26th.

This statement is in response to yesterday’s Seattle Times column regarding Delta Air Lines’ exclusive sponsorship of the Seattle Pride Parade. We at PrideFest do not produce the Pride Parade, but Delta is our presenting sponsor and Seattle Pride is a partner organization. Because of our connection to these parties, we feel compelled to comment on the story.

For their part, Delta has assured us that they never had an expectation of exclusivity concerning other employee groups, including Alaska Airlines, marching in the Parade. At Pride Parades across the country—even in places where Delta holds a category exclusive—employee groups of competitors are allowed to march without issue. That should be the case here in Seattle, too. Our belief is that any contracts with exclusivity clauses in them should only apply to marketing and promotions, not to an individual’s ability to participate in Pride events. We feel strongly that LGBTQ people who want to march in the Parade should be able to.

In the early days of the LGBTQ rights movement, companies steered clear of our community. Today, we are a highly coveted target demographic. In light of these huge shifts, community non-profits must remain mindful of who we serve: you. Sponsorship money is essential for producing large free events like the parade and festival, but ultimately organizations like PrideFest and Seattle Pride need to be vigilant that we don’t trade our core values for money, sign away our inclusiveness through exclusive contracts, and that we as a community retain control of our own guiding principles and not cede them to outside forces.

We struggled for the right to stand up and be counted. We fought to be able to march. With the community under attack in the anti-trans measure I-1515, it’s more important than ever for us to work together for a common future we can all be proud of.

More on this story as it develops.