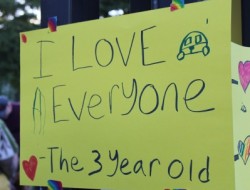 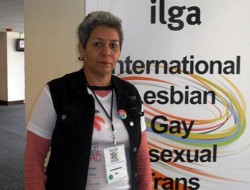 June 13, 2016 Comments Off on How You Can Help Views: 2748 *The Strangeways Report, #Orlando Pulse Massacre, National News, News, Queer News

How You Can Help People want to help in some tangible way during this period of mourning for the victims of the Orlando Pulse Massacre. This GoFundMe page was created by Equality Florida, a registered 501c3 nonprofit organization and the state’s LGBT civil rights organization. They have a goal of $3million but as of this posting, already have nearly $2.3million.

We’re assuming that this money will not only go to the families of those killed at the massacre, but also assist the 53 victims injured and facing monumental medical bills.

More info from their GoFundMe page:

This is the official Pulse Victims Fund page for Equality Florida, the state’s lesbian, gay, bisexual, and transgender (LGBT) civil rights organization. Equality Florida is collecting contributions via this GoFundMe page to support the victims of the horrific shooting at Orlando’s Pulse Nightclub.

Regarding distribution of funds, we are working with a team of attorneys and experts, including  the National Center for Victims of Crime, which deployed funds in both Chattanooga and Aurora, to ensure funds are distributed correctly.

To ensure transparency, GoFundMe has requested we answer the following questions:

1. Who you are:
Equality Florida, a registered 501c3 nonprofit organization and the state’s LGBT civil rights organization: eqfl.org

2. Where you’re from
Founded in St. Petersburg, Florida, with staff and offices across the state including in Orlando, Florida.

3. Your relationship to the parties you’re raising funds for
We are advocates for the LGBT community in Florida.

4. How the funds will be spent (be specific as possible)
Every penny raised will be distributed directly to the victims and their families. We are working with a team of attorneys and experts, including the National Center for Victims of Crime, which deployed funds in both Chattanooga and Aurora, to ensure funds are distributed correctly.

We are working with the National Center for Victims of Crime, which deployed funds in both the Chattanooga and Aurora shootings, to distribute the contributions from this GoFundMe page ( http://nationalcompassionfund.org/faq/).

This organization offers support to communities affected by mass casualty events in the form of the National Compassion Fund, and ensure that every penny donated will be correctly and quickly dispersed to the victims and families.

We ask all victims to call this hotline to begin this process:
VictimConnect Resource Center
855-4-Victim (855-484-2846)
http://victimconnect.org/