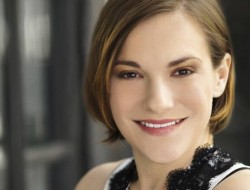 Tony Winner Daisy Eagan Talks To Us About Her... 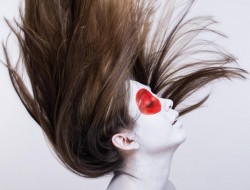 We touched on it earlier today in an interview with popular Seattle entertainer Sparkle Leigh (go HERE to read that story) and since that was posted, a GoFund Campaign has been created to help out drag diva/theater artist Sparkle and soprano Becky Peterson who were both run down by an allegedly drunk driver last week after performing at Capitol Hill LGBTQ nightclub R Place.  Both sustained injuries which require expensive medical care and they both need time to recover from the accident which meas they can’t work for the next 2 to 3 weeks and will need to find alternative ways to pay rent and monthly bills. Friends of the pair have created a campaign to raise $15,000 to help them out in the short term.
Here’s the full story from the GoFundMe page. We urge you to donate what you can to help these two out.

Two of Seattle’s greatest treasures are in need.  In the early morning hours of Thursday, April 13th, as Sparkle Leigh and Becky Peterson were about to head home after performing at WTF Wednesdays at RPlace, they said their goodbyes and started to cross the street.  While in the crosswalk, they were struck by a car; the driver sped away and was quickly apprehended by Seattle Police Department. Both Sparkle and Becky sustained several injuries and were transported to Harborview Medical Center. They spent a day and a half in the hospital before being released. Since their initial release Sparkle has been rushed back to the hospital twice for further observation and has had to have emergency dental work to fix teeth that were broken during the collision.

They have both now been released from the hospital and are resting to try to make a speedy recovery, but the medical costs they have incurred leave a cloud over them.  The doctors have estimated the costs of everything thus far at $15,000- $20,000 and there is possibly more to come. Also, they are both professional entertainers and that job doesn’t often include sick leave, therefore, both are losing wages while they are trying to recover, and rent and other monthly bills will be due very soon. Doctors have suggested they not work for 2 to 3 weeks during recovery.

What is needed; your love and support for these two phenomenal performers is always welcomed and appreciated, as are entertaining memes posted on their Facebook pages to help lift their spirits, they could use a good joke or a link to a happy song, but the most crucial thing they need is your money, honey. Please donate anything you can, every donation will be appreciated more than you will ever know. Seattle soprano/actress BECKY PETERSON was injured in a hit and run on Capitol Hill on April 13, 2017.

These two lovely people are always the first to be there for anyone who needs help with anything.  They would both give you the wig off their heads if you needed it and are always there with a pep talk anytime you’re feeling down.  They are two of the most open, loving, and giving people in the world and it’s our turn to give back to them. Let’s make sure this accident doesn’t effect them anymore than it already has.

There will also be some fundraising shows hosted at the various venues you’ve seen Sparkle and Becky performing and more information will be posted here as the show details are finalized. In the meantime please donate what you can here, funds are needed immediately to help cover living and medical expenses. Sparkle and Becky have decided that if there is any extra money after replacing lost wages, incidental expenses as a result of hospital visits, treatment, and dental are paid for any remaining funds will be donated to a Seattle Based Charity directly benefiting homeless queer youth.

Get out all the dollar bills you would have already given them at the club and send them this way, your monitary support is very much appreciated.

Donate HERE!
If you’re short of funds, then at the very least please help spread the word on social media!