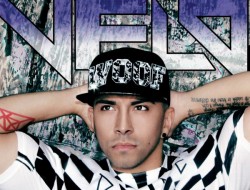 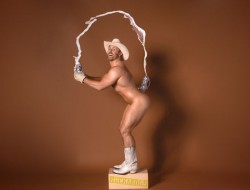 In the shallowest assessment, Microbe et Gasoil is a coming-of-age road-trip love story buddy picture. It’s a melange, a series of vignettes, set-pieces, peppered with light philosophy, understated humor, truth. It’s a film about adolescence that respects its characters and avoids the twee, designer cool of, say, a Wes Anderson movie, or even of director Michel Gondry’s previous, more elaborately staged films like Eternal Sunshine of the Spotless Mind or The Science of Sleep. Two boys meet in school and hatch a plan to run away together on a secret road trip in a house-car, or car-house, of their own design and production. It’s simple, sweet, smart, subtle. All the S-words, except stupid.

It doesn’t bleed all over you, or pander to you, desperate to be liked. It doesn’t preach. It doesn’t try to convince or sell or impress. In the tradition of the best French cinema, it presents life, natural, real, verite, though not without some small formalistic tricks. A shot might play in reverse, or a cut might bring attention to itself by creating a particularly strong juxtaposition, but that is the most this film exerts itself to be cool. Audrey Tautou’s presence aside, this is no Amelie with fantastic Caro/Juenet sequences. Like its main characters, it lives true to its nature without seeking approval or permission from its audience. And just as its main characters Theo and Daniel like each other without need for explanation or contrivance, you might find yourself liking the film. You might find that it becomes friend to you, that it puts you in a state of friendship that you would rather not see end because it is comfortable, surprising, and fun as only the best friendships are, sans pretense, plasticity, or boredom.

To watch Microbe et Gasoil is to look back at adolescence from your present adulthood and maintain a conscious, present-tense awareness of both life-stages, recalling how it was possible, once upon a time, to strike up friendships over the simplest of catalysts — being assigned a seat next to a stranger in class — while also recognizing how that is somewhat less than likely to happen as an adult, and wondering why should that be, and why shouldn’t I continue to live in the immediate now of adolescence? But it would be impossible. Adulthood has too many rules. Or does it? We forget as adults that we continue to actively become, thinking that we have matured into a mostly-fixed something. We lived the becoming-ness of pubescent adolescence. We know that chaos, and its absence after it faded. Somewhere in that between state of then and now is where this film situates you, causing you to remember the possibilities of youth and the improbability that those possibilities will extend into, and endure, adulthood. A delicious kind of melancholy is one of the feelings that results from watching.

I am reminded of Cesc Gay’s film Krampack (aka Nico and Dani), that also features two pubescent boys sharing a Summer of Discovery. Microbe et Gasoil avoids that film’s overt homosexual content, wherein mutual jack-off sessions result in a confusion between friends, one of whom is straight, the other gay. Sexuality isn’t quite fluid, explicit, or divergent in Microbe et Gasoil, but it is present, and it does carry a hint of the unsettled, like a conversation that has yet to resolve. In one scene, Daniel is mistaken for a girl, “Danielle,” and Theo casually plays up the confusion. In another, the two boys hold hands, but out of fear and emotional support rather than nascent sexual desire. Later, Daniel gives Theo a fresh pair of underwear, and Theo accepts them, saying, “Here’s to newfound dignity and the comfort of my balls.” Themes are raised. The hint of a whiff of sexual love drifts by. Nothing is confirmed or even pushed. But the film doesn’t crush possibility with certitude, either. Theo and Daniel are captured here in a time and mode that many of us can remember from when we were 14, where friendships are colored by the confusion of new and rampant hormonal changes and anything is possible. In those open scenarios, it is almost more intriguing when nothing happens, in much the same way that a clothed body can offer a greater sense of eros’s presence than a nude.

In short, this is a film about friendship and the possibilities of same that refuses to fully define or limit itself by deed or thought. To do so would be anathema to its core concern, that being the depiction of the fluidity of adolescence. In this way, Gondry presents a kind of pre-gay cinema, a cinema that might be gay, but probably isn’t, but could be; one that isn’t hiding or shying away from, or avoiding, but that simply never settles into certainty, preferring instead to be adolescent, to remain in a state of emergence, of becoming. What will happen? What never will? Reviewing one’s own life, one of course asks the same questions, and only sometimes arrives at answers. And that is okay. Rather than “first thought best thought,” here it is “unfinished thought best thought.” Unfinished is the state of life that is most alive, most livable, and most true, until death finishes it. To be finished is to be dead. Theo and Daniel are alive because they are unfinished.

In the final assessment, I’ll say this: If you want to see something powerfully small and combustable, see Microbe et Gasoil. In the end, you might feel a bit like Daniel, who responds to his mother’s comment, “You’ve grown,” with, “No, everything else has shrunk.” The truth lurks somewhere in the combination of the two, and that is what Microbe et Gasoil, like the best films, is all about.