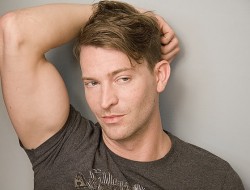 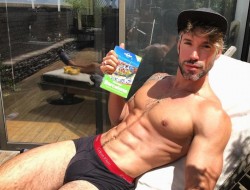 Capitol Hill’s Broadway Grill in happier times before mismanagement and a cyber crime scandal destroyed it.

It reads like a Jason Bourne thriller…the long saga of Roman Seleznev, the son of a prominent Russian politician who was charged with 40 criminal counts of computer fraud that impacted a number of Seattle area businesses, including The Broadway Grill, took a new turn today when he was convicted in U.S. District Court on 38 of those charges. He potentially faces 34 years in prison when he is sentenced on December 2, 2016.

What seemed like a simple case of computer fraud committed against area businesses with lax security on in-house credit card systems, blossomed into an international cyber crime that involved several governments and security agencies and led to charges that Seleznev was the real victim, of U.S. sanctioned kidnapping and possible retaliation from the west against Russia for abetting Edward Snowden, the American whistle blower who was granted Russian asylum after leaking damaging information about U.S. foreign policies and espionage. The younger Seleznev is the son of Valery Seleznev, a member of Duma, the Russian Parliament and an ally of Russian dictator Vladimir Putin.

Roman Seleznev, also known by his hacker name of “Track 2” was controversially arrested in the Indian Ocean island nation of The Maldives in July of 2014 and brought back to the United States for trial. It’s believed that Seleznev and his associated sold over 140,000 credit card numbers and made over $2 million dollars.

The U.S. government initially got involved with the case  back in 2010 after receiving complaints from Capitol Hill customers of the popular Broadway Grill who received fraudulent charges on their credit card bills. The subsequent investigation revealed that a number of area restaurants had been targeted by Seleznev who operated servers that installed malware on the computers of area merchants including several Mad Pizza locations throughout the area. Roman Seleznev was convicted of international cyber crimes in an U.S. District Court room in Seattle on Thursay, August 25, 2016.

The cyber crime was devastating to the then new owners of the Broadway Grill, C.J. Saretto and Matthew Walsh-Saretto. The bad publicity associated with the crime affected the business, and the once popular bistro, very popular with Seattle and Capitol Hill’s LGBTQ community, suffered financially. A name change, to “The Grill on Broadway” and a rebranding effort that included adding a performance stage to the space helped alleviate some of the damage caused by the crime, but the lingering after effects coupled with other management issues caused The Grill to close permanently after 22 years in business, in April of 2013 putting over 40 employees out of jobs.

From our 2013 reporting on the closing of The Grill:

Within a few months of purchasing The Grill in the summer of 2010, many of the problems began to emerge. It became a target of a credit card number harvesting scheme that claimed a number of businesses on Broadway as victims. Several years of missed software updates played a significant role in the incident and (co-owner, Matthew) Walsh and his team discovered this fact only a few months after purchasing the business. The effects were devastating to The Grill, generating massive amounts of negative publicity and drastically reduced revenue at the restaurant. In the months following, numerous structural and mechanical issues were also discovered that added to a stack of expenses that over the course of three years totaled into the hundreds of thousands of dollars.

The building is still vacant today, a sad reminder of what was once a popular local LGBTQ  landmark.