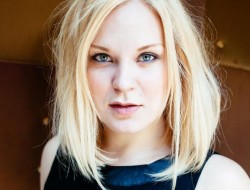 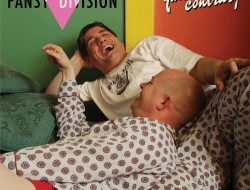 Café Nordo, Seattle’s deliciously quirky cocktail/fine dining/theater combo pack, has now apparently had time to settle into their intimate new space down in Pioneer Square, in the remains of the old Elliot Bay Book space on First Avenue, and after a very successful year of staging shows in their new permanent home, they’re ready to announce their 2016/17 theater season.

It’s gonna include just two mainstage shows of their own but several collaborations with other theaters and artists including up and coming young theater artist Sara Porkalob, plus the silhouette puppetry of  Sgt. Rigsby and a theatrical journey with Hemingway and Book-It Repertory Theatre.

(Oh, and it’s not part of the 16/17 season, but Nordo will play host to The Williams Project and their production of The Glass Menagerie later this month, August 17th to September 3rd. The Williams Project wowed Seattle theater goers last summer with their highly acclaimed production of Orpheus Descending…their dinner theater take on a classic like “Menagerie” is highly anticipated.)

They have a variety of season memberships available for sale now…go HERE to check them out.

Take your seat at the exclusive table of Chef Nordo Lefesczki. Becoming a member of our inner circle takes the intimate Café Nordo experience to the next level of fine dining service for you and your guests. Allow our Adorable Member Concierge to cater to your every whim, extending your VIP experience beyond your wildest culinary dreams. Memberships range in price from $99 which gets you an early bird ticket to each of our MainStage shows to $5,000 which is an all access pass to the Culinarium including exclusive private events and a brick on our salt wall.

Hotel Nordo – September 22 – November 20
The premiere of our brand new show HOTEL NORDO, a trip through the decades in a hotel whose violent past cannot stay hidden. Don your 1920’s outfits and have a glass of very old wine in our newest most chilling concoction.

Lost Falls – April 14 – June 25
Who killed Chef Nordo Lefesczki?  This spring, Café Nordo revisits our homage to David Lynch. Featuring Craft Cocktails, our most innovative and widely adored menu to date, and a deeply sincere Special Agent bent on finding the truth in a small town penetrated by insidious darkness

Christmas is Burning   A collaboration with Sgt. Rigsby and his puppets
You asked for a holiday show, and oh, we’ve got it. Robots from the future travel back in time to steal Christmas in this bawdy and irreverent sci-fi comedy. Don’t be surprised if there’s reindeer shepherd pie. December 1 – 30

Madame Dragon’s 60th Birthday Party A collaboration with Sara Porkalob
Madame Dragon cordially invites you to her 60th Birthday Bash at Nordo’s Culinarium! Come celebrate the life of this infamous Filipino gangster as she sings, dances, and kills her way through 60 years of a life (mostly) well lived. January 12 – 22

Café Nordo Presents: The Pressure Cooker
After the huge success of Sundown at the Devil’s House, Café Nordo once again gives a team of emerging artists a tight budget, a non-existent timeline, and the keys to the Culinarium for a one-weekend theatrical dining experiment. July 2017