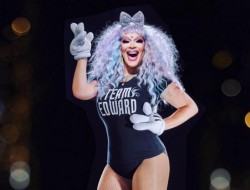 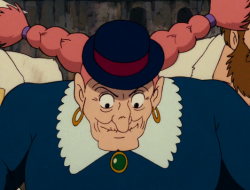 “Dining Out For Life” Returns To Seattle/Sound Sound on Thursday, April 27th!

It’s the end of April so it’s time to go out to eat!

To support vital non-profits who aid in the fight to end AIDS/HIV and to help those who fight the disease on a daily basis…yes, it’s time for DINING OUT FOR LIFE, the national fundraiser which raises funds for these non-profits with the assistance of participating restaurants, taverns and eateries who donate a portion of their proceeds to area AIDS/HIV support organizations.

This year, DINING OUT FOR LIFE is happening in most locales, including Seattle and the Sound Puget Sound metro area of Tacoma and Olympia, on Thursday, April 27, 2017. Sound Sound folks wishing to participate can go HERE for a full line-up of restaurants involved. For Seattle area residents, here’s the press release from Lifelong with a list and a link of Seattle area venues:

Get Ready to Eat Your Generous Heart Out at Dining Out For Life on Thursday, April 27!

Seattle – Lifelong’s Dining Out For Life presented by BECU returns for its 24th year, Thursday, April 27! On this day, around 80 restaurants in the Seattle area donate 30-50% of their proceeds to Lifelong’s vital programs that support people facing serious illness and poverty in our community.

“Now is an especially important time to support the vulnerable in our community, with everything that’s currently going on in our country,” states Sage Fitzpatrick, Lifelong’s Director of Development. “We truly appreciate all of the restaurants and the diners who go out of their way to participate in Dining Out For Life. Their generosity has a huge impact on the thousands of people that we serve, and we can’t thank everyone enough.”

During the day-long fundraiser, restaurant patrons have a chance to win two domestic round trip tickets courtesy of Delta Air Lines. Lifelong is also encouraging patrons to tweet photos of themselves using the hashtags #DOFLSeattle and #IGiveAFork.

Visit diningoutforlife.com/seattle for the most updated list of restaurants. The list below was last updated at 10 a.m. on Friday, April 21

About Dining Out For Life
Dining Out For Life is an annual fundraising event involving the generous participation of volunteers, corporate sponsors and restaurants. The event is produced in 60 cities throughout the United States and Canada. Together, AIDS service organizations raise more than $3 million to fight illness and hunger across the country. National sponsors include Subaru.

Lifelong has been a leader in the fight against HIV since 1983, when they first passed a soup can around Volunteer Park and collected $42 to help feed, house, and stand by those who were fighting this disease. Building on their rich experience of caring for the most vulnerable and marginalized individuals, Lifelong now serves people in Western Washington with a wide diversity of other serious illnesses, especially those disproportionally affected by health disparities. Among their services is Chicken Soup Brigade (CSB), Lifelong’s food and nutrition program, the only nonprofit kitchen in the Pacific Northwest that delivers nutritious, balanced, and medically appropriate meals to people living with debilitating conditions, free of charge. Lifelong also provides medical case management, prevention services, housing and healthcare access. For more information, visit lifelong.org.