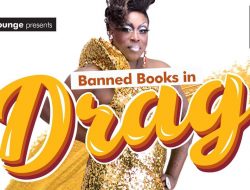 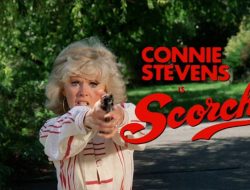 Charlie Hides does Cher AND Madonna…but not that baby. We think.

Just announced: Transatlantic drag star CHARLIE HIDES who appeared on Season Nine of ‘RuPaul’s Drag Race” but has been a star on YouTube with his many celebrity impersonation videos, will bring his “Dozen Divas” show to Seattle’s Julia’s on Broadway cabaret club on Sunday, October 15th.

Hides is the US born entertainer who married a British man and now lives mostly in London where he began posting his impersonations of Cher, Lady Gaga, Madonna and other pop divas on YouTube and acquired a huge fan following. The performer, who turned 53 this summer, is the oldest contestant to date on RuPaul’s Drag Race where he was eliminated in the 4th week of the 9th season.

Tickets for his Seattle show go on sale on Wednesday, September 13th. This is an All Ages show but Charlie’s brand of brash, insult humor may not be suitable for all audiences.

Fresh from a sold-out tour of Australia, Canada, and Great Britain, the TransAtlantic Dame, comedian/celebrity impersonator, and YouTube sensation, Charlie Hides makes his Seattle debut with a camp tribute to some of the world’s biggest divas, including Madonna, Cher, and Lady Gaga. All of whom are big fans of Charlie’s viral videos.

Outrageous, outspoken and heir to Joan Rivers’ crown as the queen of the wicked one-liners, Charlie is not for the prudish or politically correct.

The oldest contestant ever to compete on RuPaul’s Drag Race, Charlie will be serving up all the Season 9 gossip, singing original songs inspired by his time on the show and impersonating a dozen A-list celebrities.

NOT for the easily offended.

Hosted by and featuring local talent, the show is guaranteed to make you laugh! Local talent to be announced soon!

Stay up to date with the event (including lineup and Meet & Greet details), by visiting facebook.com/5sensesreeling