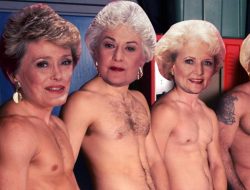 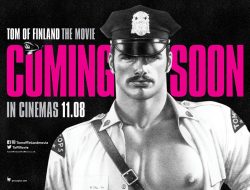 One of Gay Seattle’s many, many holiday traditions (along with Ham/Homo for the Holidays and Dina Martina and 32 thousand other gay holiday shows) is “The Annual March of the Mistletomosexuals” where (mostly) gay (mostly) men (though all are welcome) don their gay apparel to rampage on a semi-drunken bar crawl through Capitol Hill gay bars to celebrate the season of love and debauchery.

We’re up to the 7th installment of the popular event and once again Scott “West” aka The Bucket is in charge of the planning. Check out his invite instructions to get the low down on where it starts (CC Attles at 9pm) and where it goes (all over the Hill) with a goal to end up at The Cuff around 11:30 pm. At that point, much of the crowd remains at The Cuff or heads to The Eagle.

We know Diesel, Madison Pub, Queer/Bar, and Pony are stops along the way…since they are smaller bars, you can choose which ones you want to hit between CC’s at 9pm and The Cuff at 11:30pm. Since this is a marathon and not a sprint, it’s suggested to pace yourself with A drink at every stop at most. Wise drinkers will either SHARE a drink or maybe just have a soft drink at a stop or two.

(Please do NOT imbibe and drive…take a cab/Uber/Lyft or have a designated driver!)

Neighbours has asked to be a stop, too and we’ve heard they have waived cover charges during that time frame so include them in on your frivolity if you wish.

Here’s all the skinny on what to do/wear/go and how to behave…HAVE FUN and BE SAFE!

It’s Seattle’s gay version of Santarchy/Santacon. It’s a Santa-themed bar crawl, with awesome costumes, Santas, misfit toys, and more FUN than you can shake a candy cane at!

Here’s a brief lowdown on the ho-ho-hoedown:

A general schedule:
The plan is to begin massing around 9:00 pm at CC Attle’s. CC’s is big enough to hold most, if not all of us. From there, we’ll begin our march on Broadway to the Pike-Pine corridor around 10 pm. We’ll patronize Diesel, Madison Pub, Queer/Bar, and Pony; these are small establishments, so feel free to pick one. The goal is to meet back up again at the Cuff around 11/11:30. Many may choose to hang out at the Cuff for the rest of the night, with others rolling down the hill to the Eagle.

Some general RULES:
FIRST: Wear a costume. The “true” Santacon/Santarchy uniform is a Santa suit. The March of the Mistletomosexuals is “gay Santarchy,” so our group is naturally more creative and definitely more flamboyant. Wear lights, tinsel, and GLITTER! Be a reindeer, or an elf, if you want. Heck, be a Grinch, if you like. SIMPLY WEARING A SANTA HAT IS NOT ACCEPTABLE (unless you’re otherwise nearly naked.) Not wearing a full costume is lame and we will NOT let you play our reindeer games.

SECOND: Please behave responsibly.
a. BRING YOUR I.D. You will not be allowed in a bar without proper identification.
b. Santa is not cheap. You WILL PAY any bar cover charges and you WILL NOT complain.
c. You will be courteous to the public. Feel free to bring candy to give to people you meet on the street. No drunken disorderliness, please.
d. At any location, we’ll linger just long enough for one quick drink. Stay with your group when they shove off to another welcoming watering ho-ho-hole.
e. If a bar is too crowded, go with a group to another one.
f. Bring enough cash to take a cab home.

THIRD: It’s sad to need to mention this last bit, but due to recent incidents on the Hill, PLEASE do not get blitzen and walk around alone. Stay in a group. When the night is over, don’t walk back to your car or home alone. (If you’re tipsy, call a cab.) Everyone’s goal is to get home safe, alone, or with one or more Santas!
FOURTH: Be outgoing. Have FUN. SING! CHANT! CHEER! Get yourself on the naughty list (in a good way.)