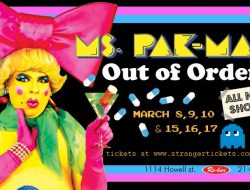 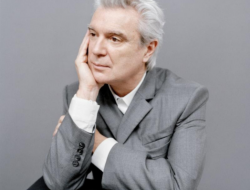 Drag Star Katya seems to be having a public meltdown.
Photo by Sean Johnson (http://www.seanmjohnson.com/katya/)

Popular internationally known drag performer and Season 7 RPDR/All-Stars 2 contestant KATYA made an alarming announcement today via Instagram where the star announced, in French, that she was taking a little break. The rambling post also eluded to mental health and addiction issues.

Via World of Wonder:

‘Hi, it’s Katya. This is a message transmitted in French, if you’re not French this is not going to make any sense to you.

‘In French, I’m going to talk about David Lynch, and also about my health.

‘If you’re French, this will make perfect sense.

‘I speak French, but I never have the opportunity to practice speaking French because I’m always busy, I’m always working. I work a lot.

‘But I am not crazy, you understand of course. I’m a language student first, an artist second, a drag queen third. Health is the most important thing for me.

‘You have to understand me. In the future, I need to take more vacations, I’m a person, I’m a human. You need to hear me.

‘I’m telling you this with a sense of urgency. I’m not dying. Let me tell you the truth. I’m not dying, I want to live. I’m a drug addict, but I’m sober. Today, and yesterday. And before. But I need to take a vacation, because I want to survive like Gloria Gaynor.’

‘I’m not dying because I want to live.’

‘In French, I need to say, I’m human. That’s all. It’s a joke for Americans, for French people, it’s not.

‘But I need to take a vacation because I’m tired, I’m exhausted, my brain doesn’t work anymore, because of the drugs, because of all the gigs, I believe you will understand. We’ll see, and I wish you a good day. Bye bye.’

Oh, dear…this IS concerning. Hopefully Katya aka Brian McCook, is getting some help.

We’ve reached out to Five Senses Reeling who are producing Katya’s appearances in Seattle, Portland and Boise this winter/spring and they issued this statement:

“We are aware of Katya’s announcement. At this time, we have not yet received word on whether Katya’s shows in Boise, Portland, or Seattle will be affected. We wish Katya the best and we will let you know updates as we receive them from Katya’s management.”