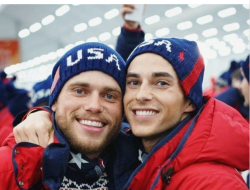 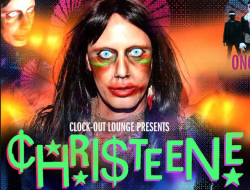 There was an official unveiling ceremony today in the other Washington (D.C.) to unveil the official portraits for former President Barack Obama and First Lady Michelle Obama at the National
Portrait Gallery. As the New York Times points out, this would normally not be very newsworthy; every President and First Lady gets an official portrait done after they leave the White House and they all get these official unveilings but normally no one cares because….well, former First Couples tend to be yesterday’s news. And, official portraits tend to be bland and uninteresting….stale, sterile corporate art of rigid historical figures rigidly posed and formal.
But, the Obamas chose talented, modern artists for their portraits and not surprisingly, commissioned African-American artists for the job. The results are not so surprisingly newsworthy due to a number of factors: a longing by many people to return to the days of having a competent, caring First Family in the White House instead of the Slum Lord Orange Ass Hats currently squatting at 1600 Pennsylvania Avenue; the popularity (at least on the left) for both Obamas; the fabulousness of the art created by out gay artist Kehinde Wiley for Obama’s portrait and Amy Sherald for Michelle Obama’s.
From the New York Times and Holland Cotter:

The present debut is strikingly different. Not only are the Obamas the first African-American presidential couple to be enshrined in the collection. The painters they’ve picked to portray them — Kehinde Wiley, for Mr. Obama’s portrait; Amy Sherald, for Mrs. Obama — are African-American as well. Both artists have addressed the politics of race consistently in their past work, and both have done so in subtly savvy ways in these new commissions. Mr. Wiley depicts Mr. Obama not as a self-assured, standard-issue bureaucrat, but as an alert and troubled thinker. Ms. Sherald’s image of Mrs. Obama overemphasizes an element of couturial spectacle, but also projects a rock-solid cool.

While most of the liberal left (at least the ones who appreciate art) are swooning over these two powerful portraits, the more overtly racist members of the right who hate the Obamas with a passion of a thousand super novas exploding all at once simply for having the “wrong” color of skin for White House occupants, are having conniptions all over social media about the paintings, either ragging on them for being terrible paintings, or just general ragging on the awfulness of their perceived “worst First Couple ever” status. Their vile rants of course spill over to hating the artists as well, including snarking on Mr. Wiley and Ms Sherald’s talents and the politics of their art.

Meanwhile, the rest of us are swooning over these fresh, vibrant paintings that are welcome additions to the National Portrait Gallery not only for the subject matter but for being interesting and relevant works of art.

PLUS, I have to add this…I disapprove of “humble bragging” in general but sometimes you have to share stuff…so, I’m gonna. I’m fortunate to be able to meet some amazing people sometimes due to this silly little queer blog and I got to meet Kehinde Wiley when he had his big show at SAM last year and I got to ask him a “queeny queer” kind of question during the press walk through about one of the pieces and we had a brief, “oh, hey gurl! wink/wink” between “church members” moment and when it was announced he was getting the commission to do the official Obama portrait, I was so pleased. ‘Cause:

1) He’s a terrific modern artist with his own unique style…Kehinde is doing his own thing.

2) Yay for queer artists getting recognition, especially queer artists of color.
3) The combo of Kehinde Wiley and Barack Obama is just so….right.
4) I love the fact this is the OFFICIAL portrait for Obama and will hang in the National Portrait Gallery to represent both Obama’s legacy and Kehinde Wiley’s. (And, Michelle Obama’s and Amy Sherald’s as well.)

5) The fierceness of this work is pissing off the racist right. Good. High blood pressure leads to heart attacks and strokes. Fewer idiots in the world.

Now what I’m worried about is some crazy damn cracker trying to deface these paintings. Racists are mean and stupid. I hope the National Portrait Gallery has good security.