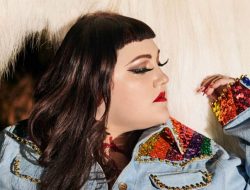 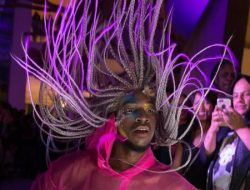 March 13, 2018 Comments Off on Sylvia Is Looking For A Few Nude Men Views: 4106 *Beefcake Babylon, *Dragolicious, Adults Only, Naked News, Nightlife, The Nooner, We Love The Nightlife WHAT I’m referring to is MS SYLVIA O’STAYFORMORE’S Call for Nude Artistes for a new pageant showcasing male beauty. Her new “MR. NUDE CASCADIA NORTHWEST” pageant is set for May 3rd at The Conservatory in Georgetown and she needs friendly contestants to parade around in the NUUUUUUUUUDE!!!!

And, before you ask, they’re getting away with this perversion by not serving alkyhol that night…it’s coffee, tea and SOFT drinks!!!

Well, not COMPLETELY soft, we hope….

Welcome to a new contest featuring and exploring male beauty.

Mr. Nude Cascadia Northwest is a contest celebrating just this. IF you are a resident of Oregon, Washington, Idaho, Montana, Northern California, Alaska, and Canada’s British Columbia… you qualify.

First Prize is $500.00 and a photo shoot and swag from sponsors.

At The Conservatory in Georgetown. Contestants will be judged on the following:

Underwear/Swimwear Competition – Underwear/swimwear can (and should) be imaginative in style. No nudity in this part of the competition. However, allure and sexiness counts.

Strip Competition – From fully clothed to completely nude utilizing the Contestant’s musical choice for the event.

Thank you for your time.

Where to see Sylvia: