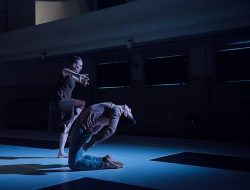 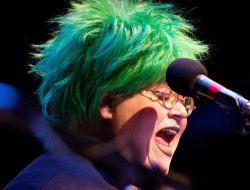 “Sorry To Bother You” is the debut film from musician Boots Riley and will be the Centerpiece Gala at SIFF 2018.

The Seattle International Film Festival (aka SIFF) has a year round presence with three area cinemas under their umbrella but their raison d’etre is their HUGE annual film festival, one of the biggest in the world, that happens every May/June and screens hundreds of feature and short films, including many LGBTQ ones.

SIFF has started releasing info and line-up for this year’s fest which runs May 17 through June 10th including the just announced Centerpiece Gala and Closing Night Gala films.

The Centerpiece film (screening on June 2nd at the Egyptian) is Sorry To Bother You and it’s the debut film from musician Boots Riley that examines racial dynamics in the workplace (but it’s funny!) and stars up and coming actors, Lakeith Stanfield, Tessa Thompson, and Armie Hammer.

Passes are currently on sale for SIFF 2018 but individual tickets don’t happen until May 2nd  when the entire line up is announced.

AND, you only have TWO days to get early bird pricing on passes! Until April 13th!!! Don’t dawdle!

More poo on the two films announced for Galas: