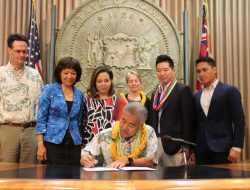 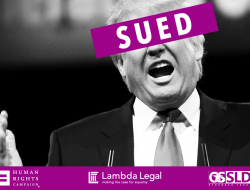 For Pride-a-holics in the Puget Sound area, there’s still more Pridin’ to be had this weekend.

It’s time for Kitsap County to get in on the LGBTQ Pride fun with KITSAP PRIDE happening this Saturday, July 21st in Bremerton’s Evergreen Park from 11 am to 5 pm.

This year we feature two stages of entertainment. The main stage located at the west end of the park has our headliner Tiffany Wilson, Chyeah Chyeah and Drag Queen Story Team as well as drag and musical performances and DJ music. The community stage located in the amphitheater has gender variety performances from Queerly Beloved, Drag 101 with the Q Center, and St. John.

For more info including directions on how to get to the event, go to their webpage HERE! There are other events happening over on the Kitsap Peninsula this week as well, to celebrate Pride.

On Thursday, July 19th, there is Drag Queen Musical Bingo: Pride Edition! happening at the Toro Lounge in Bremerton….it’s an all ages event benefiting The Q Center of Kitsap.

On Friday, July 20th, there is Roxy’s Cake Batter Birthday Show at the Wee Blu Inn Again Bar and Grill, 2901 Perry Ave, in Bremerton. This is the show that used to be done by Cucci Binaca.