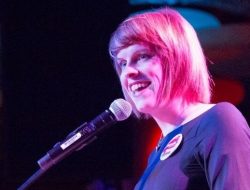 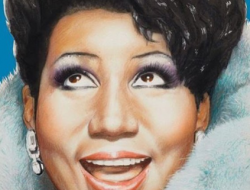 The original Wigstock created by a very young Bunny which ran from 1985 to 2001, helped launch the careers of many drag legends…including RuPaul herself.

Here’s da poo including a list of announced performers: Lady Bunny will executive produce with Harris and his husband, actor and chef David Burtka, alongside Oscar winner Bruce Cohen, Jason Weinberg, and Matador Content. Pride Media, owner of leading LGBTQ+ publications The Advocate and OUT, will also produce and be responsible for production of the live event and brand partnership sales. Gay Men’s Health Crisis (GMHC), the world’s first HIV/AIDS service organization, is joining as Wigstock’s non-profit partner.

Taking place from 3:00PM – 10:00PM, advance tickets for Wigstock will be available at wigstock.nyc

“When Wigstock started in 1985, the LGBTQ+ community was in desperate need of an event where everyone could pull out their wigs and come together, with the help of some glitter, glitz and a glue gun or two,” stated Wigstock founder Lady Bunny. “There couldn’t be a better time than now to honor the legends of Wigstock, who paved the way for drag culture’s current popularity, by bringing back an outrageous and unapologetically entertainment-rich show.”

“Through fearlessness and fake eyelashes, Wigstock connected the LGBTQ+ community and its straight allies for two decades, while breaking down stereotypes and helping everyone to love and understand each other more,” stated Harris. “On Broadway in Hedwig and the Angry Inch, I got to dip my toe in the delicious, Champagne-filled pool called drag, so I am now drunk with excitement to help bring back a show filled with over-the-top and sometimes out-of-control performances at a time when we all desperately need to come together, to laugh and to be entertained.”

“We are thrilled about the return of Wigstock and honored to be the festival’s non-profit partner,” said Kelsey Louie, CEO of GMHC. “This vanguard event will be a fun and fabulous way to celebrate our community, as well as help raise awareness and critical funds.”

“Our list of performers is a veritable who’s who of drag queens, including classic NYC-based favorites who were fixtures at the original Wigstocks, newer NYC queens, members of the bourgeoning Brooklyn drag scene, and previous  winners of RuPaul’s Drag Race,” added Bunny.

Matador is a full-service content studio based in New York and Los Angeles. Founded in 2013, the company has produced over thirty-five series for television as well as sports and feature documentaries, live event specials, virtual reality content and digital programs across multiple networks. Besides the Emmy nominated Lip Sync Battle, Matador’s output has shown an impressive range across platforms and genres – specifically in the scripted space with the original series The Who Was? Show (Netflix) and Viceland’s first scripted series What Would Diplo Do?; as well as the documentary space with the Emmy nominated Banksy Does New York (HBO), Larger Than Life: The Kevyn Aucoin Story (The Orchard), Love, Cecil (Zeitgeist), The Rape of Recy Taylor (The Orchard) and Give Me Future (Apple).

Pride Media is the largest publisher of LGBTQ content in the U.S., including OUT, The Advocate, Out Traveler, Plus, CHILL and PRIDE. With over 50 years of award-winning editorial spanning digital, print, social and experiential, our content shapes the LGBTQ landscape—serving as the go-to destination for our audience across entertainment, news & politics, LGBTQ rights, travel, wellness, finance food & spirits and fashion. By covering every aspect of the LGBTQ experience, Pride Media’s brands use the power of words to inspire the full spectrum of lesbian, gay, bisexual, transgender and queer people to live life with pride.

Gay Men’s Health Crisis (GMHC) is the world’s first HIV/AIDS service organization. GMHC is on the front lines providing services to over 13,000 people living with and affected by HIV/AIDS. Programs include: testing, prevention, nutrition, legal, supportive housing, mental health and substance use services. GMHC also advocates for stronger public policies at the local, state and federal levels with the goal of ending AIDS as an epidemic. For more information, visit  www.gmhc.org.