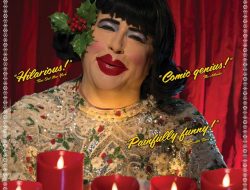 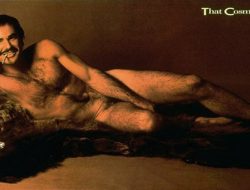 A Toast To 2 Great Booksellers: Debbie Sarow and Barbara Bailey As a passionate lover of books, I think it’s important to acknowledge that Seattle has lost two vital booksellers in the last few weeks.

On Monday, August 20, 2018, DEBBIE SAROW, the owner of Mercer Street Books in Seattle’s Uptown neighborhood, died from ovarian cancer. Mercer Street Books is that rarity; a independent used bookstore that was prospering and that was entirely due to Debbie and her passion for books and an innate sense of curating a superb collection of books worth buying. Many of you might remember Debbie from her years as a manager at the Twice Sold Tales bookstore at Broadway & John (now the entrance to the Capitol Hill Light Rail station). For those who followed her to Mercer Street and for her many friends, fans and neighbors in the Uptown/Lower Queen Anne neighborhood, her presence will be much missed.

Personally, I will miss popping into Mercer Street to browse and have delicious gossipy chats with Debbie about books, the arts and goings on in the Uptown neighborhood. While the store will happily continue, it won’t be the same without Debbie’s warmth, charm and intelligence. And, her love for selling books.

Our deepest sympathies to her partner Oscar and her family and friends at Mercer Street.

You should also check out Martin McClellan’s lovely tribute to Debbie over at The Seattle Review of Books. This week, we also love another major bookseller who had a major  influence on not only Seattle and Seattlites who love books, but also someone who had a major presence on Capitol Hill and the LGBTQ community. BARBARA BAILEY, the owner of Bailey/Coy Bookstore died on September 1st of a stroke. She was 74 years old.

For younger/newer residents to Seattle and Capitol Hill, the names might not be familiar but for anyone who lived in the city prior to 2009 and loved books, the Bailey/Coy Bookstore was at the heart of Capitol Hill’s literary community. Barbara Bailey, who had been an independent bookseller since 1977, opened the Capitol Hill location in 1982 and after Michael Coy became her business partner, the store became a valuable part of both the community at large, as well as the LGBTQ community for the next 25+ years. Bailey sold the shop to Michael Wells in 2003; gentrification forced the shop to close in 2009.

Several people have paid tribute to Barbara in the last few days, including “It Gets Better” co-founder Terry Miller who worked at the store for many years, as well as Seattle Mayor Jenny Durkan who issued this statement about the loss of her friend which emphasizes Barbara’s contributions to the LGBTQ community in Seattle:

Our friend Barbara Bailey died this weekend, and Seattle grew suddenly dimmer. Few things challenge our sense of mortality and purpose more than the death of someone who seemed immortal. Barbara was such a person. Born and raised here, she loved Seattle and poured herself into making it better. Barbara was relentless in everything she did. Her determination was a strength and was her most defining characteristic.

Barbara’s commitment to action made her an early pioneer for LGBTQ+ rights. Her bookstores – B. Bailey Books and Bailey/Coy Books – were nationally beloved independent book stores that regularly brought communities together and hosted renowned authors. They were also safe and welcoming spaces for the LGBTQ+ community, particularly for those just coming out and during the height of anti-LGBTQ+ actions. In Barbara’s bookstores, there was no shame and nothing secret or hidden – “our” books were placed prominently next to all the New York Times best sellers. Barb warmly welcomed everyone to the store, often loudly with a laugh, a hearty greeting or an exclamation about the latest political outrage.

Barbara championed civil rights here in Seattle for communities of color and for the LGBTQ+ community. From the AIDS crisis, to the fight for equal rights, to marriage equality – Barb was on the front lines helping in any way she could and was always leading with her energy and her heart. She hosted countless fundraisers for organizations, candidates and causes close to her heart. There was no job too big or too small for Barbara Bailey.

Throughout her life, Barbara was most relentless in her positive nature and her love of friends and family. She built community, forged connections and reveled in the accomplishments of others. Whether through walks at Cal Anderson, gatherings at her house or the crew at Chevy – Barbara Bailey built a large extended family. She made every individual know that they were singularly important. We all thought we were her favorite.

She cheered on public good and fought against any injustice. Her mark on Seattle cannot be overstated; Capitol Hill would not be Capitol Hill, were it not for Barbara. She went to school there, lived there, built a business there and cheered the neighborhood on like few others. No LGBTQ+ person would have been elected to any office in this region were it not for Barbara Bailey. She always stood by her principles, and she inspired others through her work.

She made life so fun, for so many along the way. Her absence is so hard to bear, and we will miss her even more than we know.

Always and forever, she will be an incredible example of a leader who demanded equity, justice and fairness for all.

Barbara Bailey is survived by her partner Barbara Calvo, and brothers Thatcher and Bruce and sister Mary Ann.

Memorial services for both women are scheduled for next month.

A warm loving toast to Debbie Sarnow and Barbara Bailey.

2 Responses to A Toast To 2 Great Booksellers: Debbie Sarow and Barbara Bailey