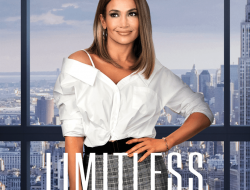 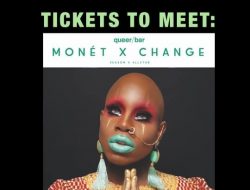 Pretty impressive for a gay web series to get on the Netflix platform! Jonny McGovern’s popular big gay talk show HEY QWEEN! and spin off LOOK AT HUH are now available on the Netflix streaming service.

Johnny and sidekick Lady Red Couture are currently filming season 7 in Los Angeles, but you can find all the episodes from Season 5 of both shows on Netflix RIGHT NOW!

It’s a very big deal….it’s not easy getting on Netflix!

Hey Qween!, which is currently in production for its seventh season, has been nicknamed the gayest talk show of all time!  Hosted by comedian Jonny McGovern, Hey Qween! takes you inside the lives of amazing celebrity guests and stars of the LGBT community.  Together with Look At Huh, Jonny and side-diva Lady Red Couture invite everyone to jump into the uniquely creative world of social media darlings and  “RuPaul’s Drag Race” stars like Trixie Mattel, Alaska Thunderfuck and Manila Luzon.

“Netflix just got a whole lot gayer and I couldn’t be more thrilled,” proclaims McGovern. “Lady Red and I are ready to cut up, kiki and have a gay ol’ time with the world!” Drag and LGBT culture have made their way into the mainstream, and Hey Qween TV has grown it’s audience with fans all over.  “Anywhere in the world I travel, I have people stop me in the streets and shout ‘Hey Qween!’ and tell me how much they love the show,” Jonny explains. “We’ve grown from a little idea in my head to a show recognized around the world and teaming up with Netflix will multiply that exponentially. We can’t wait for everyone to join in on our Hey Qween party!”

Winner of World of Wonder’s “Best Youtube Channel Award” for the past two years, and with hundreds of thousands of fans on social media, it’s no surprise that the show has made it to the most popular streaming service in the world. All 26 episodes, for both Hey Qween! and Look At Huh, of Season 5 debut in the US, Canada, UK/IE, AU/NZ, S. Africa, India.

“At its heart it’s all about celebrating the stories and experiences of LGBTQ artists,” says McGovern. “I’m thrilled that on NETFLIX those stories will be able to reach an even bigger audience.”

Hey Qween TV is the gayest channel you’ll ever watch on Youtube! Every week, host Jonny McGovern and drag diva Lady Red Couture riff about current hot topics and interview amazing LGBTQ guests on our fabulous show “Hey Qween!” Recent guests include Alaska Thunderf*ck, Trixie Mattel, Aja, Pearl, Miss Vanjie, Dita Von Teese and many more to come! And if you’re in the mood for some delicious celebrity gossip, each week on Hot T, Jonny McGovern and his Hot T panelists dish on all the craziest tabloid rumors and throw some Hollywood shade. To learn more about Hey Qween TV visit heyqween.tv.