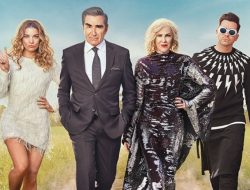 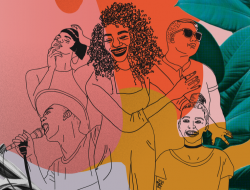 Fans of Armistead Maupin’s epic Tales of the City series of 9 books are currently all atwitter due to the release of the first official photos from Netflix for the television return of the beloved characters, that revolve around queer and allied characters living in San Francisco from the mid 1970s to the present day.

The first three novels were made into popular limited series in the 1990s but the subsequent books were never adapted. This new series will combine elements, characters and plot threads from those remaining 6 books plus brand new material/characters created just for this production.

And, as I’ve mentioned in other posts, there doesn’t seem to be any indication how they handle the fact that the actors and character ages don’t really mesh up in 2019. Maybe the show will explain it or maybe it’s a case of “suspend that disbelief that Laura Linney is a 55 year old actress playing a character that would actually be pushing 70 in a 2019 setting!”

We do know it’s a 10 episode series and it appears the episodes are roughly an hour long. The show’s interiors were mostly filmed in New York City to accommodate Mrs. Madrigal portrayer Olympia Dukakis  who is 87 but looks great in these photos…she appears more like 60 than almost 90.

We still don’t have the official date for the show to drop other than the vague “Summer 2019” but since it’s a very queer show we’re guessing it has to be in June which is “Pride Month” for much of the country and a traditional time to release LGBTQ themed media.