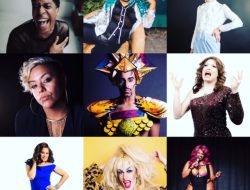 It’s considered an “off” year for elections on the national level but many cities, counties and states have local elections in the odd numbered years between even numbered federal election years and that’s certainly true in Seattle as 7 out of 9 seats on the City Council are up for election this year.

To make matters more interesting, four of the 7 seats up for grabs will be open seats. District 2’s Bruce Harrell, District 4’s Rob Johnson, District 6’s Mike O’Brien and District 7’s Sally Bagshaw have all announced they will not be running for re-election. District 1’s Lisa Herbold, District 3’s Kshama Sawant (which includes Capitol Hill, the traditional LGBTQ neighborhood in Seattle) and District 5’s Debora Juarez have all announced they will seek another term this year.

Already, over 3 dozen names have declared themselves to be running for those seats, including at least 3 members of the LGBTQ community that we’re aware of.

For the open District 2 seat being vacated by council president Bruce Harrell, Seattle City Light employee Christopher Peguero is facing six other candidates to represent south/southeast Seattle including Beacon Hill, Columbia City, Georgetown and Rainier Beach. It’s an area that’s not only ethnically the most diverse in Seattle, but also one of the most traditionally blue collar.

On his campaign website, Peguero identifies as ” a father, husband, and Queer Latinx and Native American advocate for environmental, race, and social justice. He and his husband Anthony live in Beacon Hill with their 2 children.

Christopher has worked at Seattle City Light for over a decade where he has used the City’s Race and Social Justice Initiative Tool to advocate for equity and justice. He is the founder of Seattle’s SEqual affinity group and advocates for workplace equity regardless of sexual orientation or gender identity. His priority is working with community to foster transparency, equity, and cultural accessibility in government.

His platform includes the very important housing crisis in Seattle:

HOUSING IS A HUMAN RIGHT

We must re-humanize. Sweeps dehumanize and further destabilize those who are already struggling with displacement and poverty. We could all be one paycheck/family emergency, health emergency “away” as housing prices increase. We believe the most effective way to serve those dealing with houselessness is through a single-city department that provides immediate and long-term solutions.

Christopher Peguero is participating in the city’s Democracy Voucher program. (You do not need to live in District 2 to support him with a voucher).

More info on the Democracy Voucher program and how you can support Christopher:

WHAT IS THE DEMOCRACY VOUCHER PROGRAM?

The Democracy Voucher Program offers a new way for Seattle residents to participate in local government by supporting campaigns and/or running for office themselves.

Beginning February 12, all registered voters, and eligible Seattle residents who applied, will receive four $25 Democracy Vouchers by mail. To learn more about the program, click here

To help Chris qualify for the Democracy Voucher program fill out and sign the Qualifying Contribution form and mail it to the address below or email it to christopher@district2forpeguero.com

Meanwhile, over in District 3, it’s going to be a lot more turbulent (and probably far more heavily covered by the media) since District 3 includes a truly bizarre variety of neighborhoods within its borders including the trendy (and traditionally gay) Capitol Hill neighborhood but also the many retirees in Madison Park, the rich folks in Madrona, and the vast array of diversity (ethnically and economically) in the Central District.

It’s also the district for Kshama Sawant, the Democratic Socialist council member who has been a lightning rod for controversy on the council since she was sworn in, with many detractors opposed to her far left views and blunt style of delivering her message as well as many fans…for the exact same reasons.

Sawant’s big challenger was supposed to be Beto Yarce, an out gay man and community leader but he abruptly dropped out of the race in February with some speculating the fact he didn’t actually live in the district might have contributed to his quitting the race. (He denied that was an issue).

So far, the two main challengers to Sawant appear to be activist Pat Murakami who has run for this seat previously, and Logan Bowers, who owns Hashtag Cannabis, a marijuana shop in Fremont.

But, there are two queer candidates in this race; longtime Seattle/Capitol Hill resident Asukaa Jaxx, an activist in the queer community in general but specifically very involved with representing the Intersex community in Seattle. Oddly, Jaxx doesn’t appear to have any formal social media presence set up on the internet though they are apparently accepting vouchers.

The other gay name in this race just threw his hat into the ring this week…it’s Egan Orion, aka “The Boy Who Saved Pride” or more accurately the then 30something who put up his own money over a decade ago to make sure Seattle had a Pride festival to celebrate. Orion, under the banner of his event company One Degree, has continued to produce PrideFest since then, at Seattle Center on Pride Sunday as well as other events throughout the year. (Note: PrideFest is now a non-profit organization who produce the event in conjunction with Orion’s One Degree company).

Orion, who wears a lot of hats, is also the current president of the Capitol Hill Chamber of Commerce, declared his candidacy earlier this week at a media event on Broadway, the longtime main street of Capitol Hill, and introduced by longtime activist/performer Aleksa Manila. On his website, Orion stresses his many connections with Seattle’s LGBTQ community and ties to District 3.

He’s also seeking Democracy vouchers (again, you do NOT have to live in District 3 to use your vouchers for a candidate IN that district. You get 4 vouchers and can divide them up anyway you like.) More info on how you can do that:

Egan for Seattle is proud to be participating in the Democracy Voucher program, but first, we need to qualify. To qualify we need 150 Seattle residents to fill out the Statement of Support form below. Simply fill out the top half, scan and email it to amelia@bluewavepolitics.com, or mail it to Egan for Seattle, 119 1st Ave S, Suite 320, Seattle WA 98104.

Please donate your Democracy Vouchers to our campaign!

BY MAIL: All you need to do is write in Egan’s name, sign them, and return them in using the pre-paid envelope the City of Seattle provided.

ONLINE: The City of Seattle just introduced an online option for donating your Vouchers. You can visit the online portal to donate, but need the Vouchers that were mailed to you to set up an account.

Lost or misplaced your Democracy Vouchers?