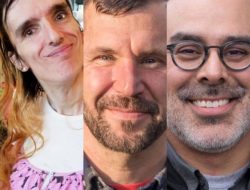 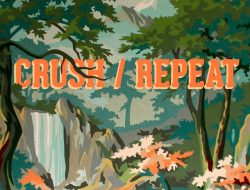 And, the race for the District 3 Seattle City Council seat in this year’s municipal elections got more interesting this week as Seattle School Board member and out gay man ZACHARY DEWOLF announced his candidacy to unseat current District 3 councilperson, Kshama Sawant.

On Tuesday, April 9th, DeWolf announced his intention to run at Tougo Coffee in Seattle’s Central District, one of the many diverse neighborhoods that make up the 3rd District, that also includes Seattle’s traditional gay neighborhood Capitol Hill. His announcement comes a week after another gay candidate emerged for that seat, Capitol Hill Chamber of Commerce head and Seattle PrideFest producer Egan Orion announced he was running.

DeWolf, a citizen of the Chippewa Cree Nation who grew up in Montana and Spokane Washington, now lives in the Central District with his husband Derek DeWolf. He was elected to the Seattle School Board two years as the first openly gay member of that board.

In what promises to be a highly contested and expensive race, DeWolf has already scored two impressive endorsements from current Seattle Council members Lorena Gonzalez and Teresa Mosqueda…which could be seen as a slap in the face to their co-council member, Kshama Sawant who has become a controversial figure in Seattle politics due to her strongly socialist positions that have angered many in the business community.

But, Sawant also has many supporters from more leftist residents of the District as well as considerable financial support nationally from leftist socialist groups. She is not participating in Seattle’s unique Democracy Voucher program which allows residents to donate government money toward individual candidates in city races; participating in the program limits the use of outside funding.  DeWolf, like many challengers in city races, has chosen to be part of that program and gives instructions down below on how you can support him by pledging your vouchers to his campaign.

DeWolf’s presence in the District 3 race raises the question of whether the two gay high profile candidates could cancel each other out, especially with LGBTQ voters in that district. Both DeWolf and Orion have some name recognition with arguably Orion topping DeWolf by virtue of being the face of one of Seattle’s main Pride celebrations every year. But, DeWolf has a stronger political background and standing as well as a stronger presence in the Central District while Orion has, arguably, more of a name on Capitol Hill itself by virtue of his Pride work and day job as head of the Capitol Hill Chamber.

With a month remaining to file to run in city races (May 17th) there’s also still time for more candidates to emerge in the 2019 elections. The main hurdle is the primary on August 6th which will whittle each race down to the top two candidates who will then proceed to the November 5th general election.

Via the DeWolf campaign:

I’m in for Seattle City Council.

Friends – Earlier today, two dozen community leaders, neighbors, and supporters joined me and my husband, Derek, at Tougo Coffee Company on Yesler Way to announce my intention to run for Seattle City Council in District 3. During our launch, I wanted to highlight the great successes of a black-owned business like Tougo Coffee Company and also of the Yesler redevelopment in our fight for Seattle’s affordability.

We received excellent coverage of today’s announcement here, here, and here. In these interviews and in my speech, I covered a range of issues and shared my vision for Seattle City Council leadership that listens and acts to protect both our neighborhoods and the needs of our residents.

This race will be tough. I am aware of the challenges that a race like this involves. But, I believe our district is ready for change. You know me as someone who rolls up their sleeves to tackles challenges head on. My work on the Seattle School Board and on the Capitol Hill Community Council shows I am not one to shy away from hard work. Like I said during our press conference today: I believe we need a leader who is uncompromising and absolute in their commitment to listen to constituents, rather than allow their own personal politics to set their agenda. While it might be easier to deliver soundbites or yell our problems away, we simply don’t have time for that. Our city’s needs are too urgent.

If you want to help change our representation on the Seattle City Council in District 3, then I invite you to join our campaign today. Can you help us with a $10 donation today?

I’m participating in Seattle’s Democracy Voucher Program – our version of public financing of city campaigns. That means we need to collect 150 donations and 150 signatures from folks in order to qualify. Once we meet that threshold, we’ll be able to start receiving residents’ Democracy Vouchers.

Can you help us by making a donation toward that 150 donation benchmark today?

Do you also have Democracy Vouchers on your kitchen counter or under a stack of mail? Fill them out for “Zachary DeWolf” and send them in today! They will be processed and distributed once we qualify! If you need replacement vouchers, click here. Alternately, if you have your original vouchers, you can now submit them ONLINE here. To submit your vouchers online, you’ll need the original vouchers’ code. All Seattle residents can receive four $25 vouchers to send to qualifying candidates.

Help us spread the word by liking our Facebook page, follow us on Twitter, and check out our website. We will be updating our endorsements as they come in so please be sure to check back often.

Thank you for your support and your friendship. I sincerely appreciate you and look forward to taking this journey together.

P.S. If you’d like to watch the press conference and hear the announcement speech, please check out our Facebook live of the event.