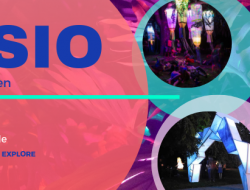 Saturday In The Park With Lusio…Plus More Stuff To... 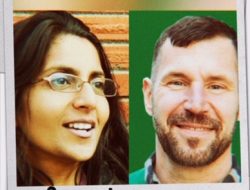 What a terrible weekend.

A horrifying epidemic of gun violence swept the country this weekend with an avowed white supremacist killing 20 people and injuring dozens more in a violent attack at a Walmart in El Paso, Texas. Nine more killed/27 injured when a young white male when on a shooting rampage in a nightlife area in Dayton, Ohio where the victims included his own sister. And, to top it all off, 3 were killed/over 40 injured in a Chicago shooting.

Meanwhile, as millions of Americans cry out for solutions to gun violence in the United States, Republicans offer up nothing more than “thoughts and prayers” with Trump essentially placing the blame on illegal immigrants, the mentally ill and video games.

And, despised “#MoscowMitch” Senate Majority Leader Mitch McConnell continues to refuse two bills to close major loopholes in gun purchase background checks, to come to a vote in the Senate. McConnell also managed to allegedly suffer an injury over the weekend preventing him from having to deal with this current crisis.

Really…isn’t it time we march, EVERY DAY, until we get effective gun control in this country?

And, of course, we need to press elected officials and vote in new politicians who WILL change gun laws in this country.

Which lead us to a not at all subtle reminder that Tuesday, August 6th is the final day to turn in ballots in Washington State for this year’s primary elections to decide on candidates for the November general election. It’s an “off” year obviously with municipal elections being the top concern, but electing smart leaders to lead your city is just as important as electing state leaders and national ones.

Here’s where you can drop off your ballots in King County: