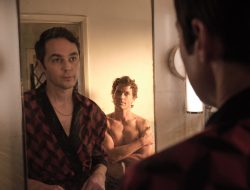 “The Boys in the Band” Remake Drops On Netflix... 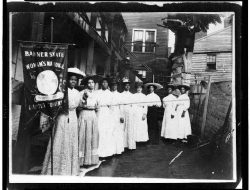 For fans of fine art, there’s some good news to share: Seattle Art Museum, aka SAM, has just announced they will be re-opening on September 11th. This comes just days after Governor Jay Inslee gave the ok for museums (and bowling alleys) to reopen after months of closure due to the Covid-19 pandemic.

However, some of SAM’s other venues aren’t ready to open their doors. The Taste Café located on street level of SAM’s downtown gallery will stay shut as well as the PACCAR Pavilion at the Olympic Sculpture Park. The sculpture park itself has remained open during the pandemic closure.

And, the Seattle Asian Art Museum in Volunteer Park on Capitol Hill will also remain shut for the time being. The venue had just reopened prior to the March 2020 shut down, after years of being closed for a building remodel and seismic upgrade.

SEATTLE, WA – The Seattle Art Museum (SAM) reopens its downtown museum to the general public on Friday, September 11. The museum will initially be at a limited capacity and open Fridays through Sundays, 10 am–5 pm. SAM Shop and SAM Gallery will also reopen. TASTE Café at SAM, the Seattle Asian Art Museum, and the PACCAR Pavilion at the Olympic Sculpture Park remain closed until further notice. Timed tickets will be sold online only beginning September 4 for the September 11 general public reopening.

“We are so excited to welcome everyone back to the museum,” says Amada Cruz, Illsley Ball Nordstrom Director and CEO. “Seeing art in person is an irreplaceable experience, and with fewer visitors in the space, it will also be a uniquely intimate one. Our galleries are filled with works from our global collection, and later this fall, visitors will be able to see modern & contemporary art from the collection of Jinny Wright, a beloved SAM leader, as well as a major solo show for Seattle artist Barbara Earl Thomas.”

The museum has been carefully planning for the reopening based on recommendations of relevant state, local, and federal authorities. Among the new safety protocols:

•    Tickets are available online only. Timed tickets have been instituted to limit capacity and ensure physical distancing.
•    Visitors will have their temperatures checked upon entering the building. We ask that people stay home if they are feeling sick or experiencing symptoms.
•    Masks are required for all staff and visitors over the age of two, and physical distancing is aided by floor labels throughout the museum.
•    A few galleries remain closed, and others limit the number of visitors within the space at a time.
•    One-way traffic flows in smaller galleries assist with physical distancing.
•    SAM’s Environmental Services team has adopted a strict cleaning regimen with a focus on frequently cleaning high-touch and high-traffic areas.
•    For all the details on planning a visit, go to visitsam.org/comeback.

SAM members will be welcomed back for Member Days on September 4-7, including Labor Day; they will be able to reserve their spot beginning August 28. Members will be able to see two special exhibitions that opened in March and were extended past their original closure dates: John Akomfrah: Future History and Georgia O’Keeffe: Abstract Variations.

Later this fall, SAM is planning to present two exhibitions celebrating Seattle art world icons. City of Tomorrow: Jinny Wright and the Art That Shaped a New Seattle (October 15, 2020–January 18, 2021) celebrates the legacy of collector and philanthropist Virginia “Jinny” Wright (1929–2020). Jinny and her husband Bagley transformed the cultural landscape of Seattle. Jinny’s intuitive eye and tenacious spirit had a transformative impact on SAM, notably with the gift of the significant Wright Collection of modern and contemporary art, which includes artists such as Mark Rothko, William de Kooning, Robert Rauschenberg, Helen Frankenthaler, Agnes Martin, David Hammons, and more. Barbara Earl Thomas: The Geography of Innocence (November 14, 2020–June 13, 2021) is the first major solo exhibition at SAM for the renowned Seattle artist and features new works alongside an immersive installation of light and shadow. Her work draws from history, literature, folklore, and biblical stories to address what she calls “the untended wounds of history.”

Tickets to these special exhibitions will include admission to the collection galleries. Special exhibition ticket prices will be reduced, ranging in price from free for members and children 14 and under to $19.99 for adults. Tickets to the collection galleries are pay-what-you-want, with a suggested admission of $19.99 for adults. Tickets for the fall exhibitions will go on sale at a later date.

SAM’s three sites—the Seattle Art Museum, the Asian Art Museum, and the PACCAR Pavilion at the Olympic Sculpture Park—have been closed since March 13 to support Seattle’s efforts to limit the spread of COVID-19 and safeguard the health and safety of the community. The sculpture park has remained open and free to the public, operated in accordance with public health guidelines.

ABOUT SEATTLE ART MUSEUM
As the leading visual art institution in the Pacific Northwest, SAM draws on its global collections, powerful exhibitions, and dynamic programs to provide unique educational resources benefiting the Seattle region, the Pacific Northwest, and beyond. SAM was founded in 1933 with a focus on Asian art. By the late 1980s the museum had outgrown its original home, and in 1991 a new 155,000-square-foot downtown building, designed by Venturi, Scott Brown & Associates, opened to the public. The 1933 building was renovated and rededicated as the Asian Art Museum in 1994, and it reopened on February 8, 2020 following an extensive renovation and expansion. SAM’s desire to further serve its community was realized in 2007 with the opening of two stunning new facilities: the nine-acre Olympic Sculpture Park (designed by Weiss/Manfredi Architects)—a “museum without walls,” free and open to all—and the Allied Works Architecture designed 118,000-square-foot expansion of its main, downtown location, including 232,000 square feet of additional space built for future expansion. The Olympic Sculpture Park and SAM’s downtown expansion celebrated their tenth anniversary in 2017.

From a strong foundation of Asian art to noteworthy collections of African and Oceanic art, Northwest Coast Native American art, European and American art, and modern and contemporary art, the strength of SAM’s collection of approximately 25,000 objects lies in its diversity of media, cultures, and time periods.