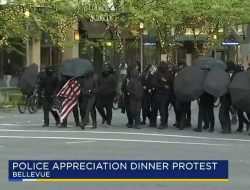 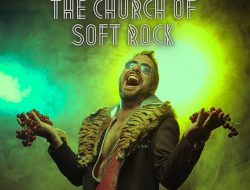 As part of Pride month, Nordstrom announced today it will be providing a grant to the Trans Lifeline x FOLX Hormone Replacement Therapy (HRT) Care Fund, to support transgender, nonbinary and gender nonconforming individuals. For anyone struggling to access hormone care, this fund will underwrite their choice of Hormone Replacement Therapy (HRT) care through FOLX, with 75% of funds reserved for Black and Indigenous people, and people of color (BIPOC)

Additionally, Trans Lifeline is the giveback partner for our BP. Be Proud brand with 10% of net sales being donated towards the peer support and crisis hotline, and microgrants providing financial resources directly to transgender people across the U.S. and Canada. Between these efforts, Nordstrom hopes to give $350,000 in support of the Transgender community.

“We’ve long believed that we’re all made better by the diversity that exists both within our communities and our workforce. Our values are centered on the notion of creating a place where every customer and employee is welcome, respected, appreciated and able to be their authentic selves,” said Farrell Redwine, senior vice president of human resources, Nordstrom, Inc. “This year, we are honored to partner with Trans Lifeline to extend those values and support the transgender community in accessing resources that make their lives easier.”

“Trans Lifeline is thrilled to be partnering with Nordstrom to invest in the transformational power of peer support and redistribute resources to trans people,” said Bri Barnett, director of advancement, Trans Lifeline. “This historic gift will be instrumental in helping us answer over 25,000 calls this year and it will also provide 100 people with a year of life saving medical care.”

Nordstrom will also be highlighting brands founded or designed by the LGBTQ+ community. It is Nordstrom’s priority to support the community year-round by offering a dynamic assortment of products and experiences, including:

Launched in December 2020, FOLX Health is an LGBTQIA+ healthcare service provider built to serve the community’s specific needs. The company delivers a new standard of healthcare that’s built to serve LGBTQIA+ people, rather than treat them as problems to be solved. For more information, visit folxhealth.com