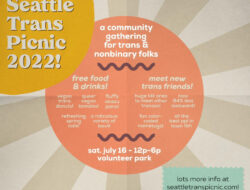 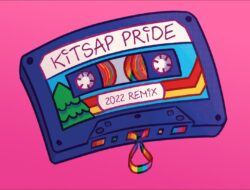 More on the community grants:

Seattle Pride®  works to create unity, honor diversity, and achieve equal human rights throughout our region and world year-round. With Pride Month over, it hopes its latest round of community grants – totaling $7,000, will be one step closer to achieving its mission in support of the LGBTQIA+ community.

Twice each year Seattle Pride awards grants to charitable organizations which support the local LGBTQIA+ community, with $242,003 donated since 2018. This summer’s community grant recipients include:

“I’m so honored Seattle Pride, and our sister organization, the Seattle Out & Proud Foundation, are able to support LGBTQIA+ nonprofit organizations like these that are creating safe, creative spaces for our community throughout the year,” added Marx. “We’re all in this together – and this work wouldn’t be possible without our extended family of Seattle Pride supporters, funders, and community partners.”

For a complete list of Seattle Pride grants by year, visit SeattlePride.org.

Seattle Pride® is the 501(c)(4) not-for-profit organization which produces the Seattle Pride Parade, Seattle Pride in the Park and other pride-related events and promotions, as well as provides grants and sponsorship support to community-based LGBTQIA+ serving organizations statewide, and year-round advocacy in support of diversity, inclusivity and equal human rights for all.