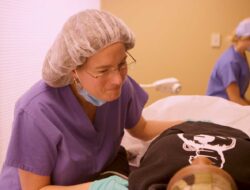 SIFF To Screen Pro-Choice Film “Our Bodies, Our Doctors”... 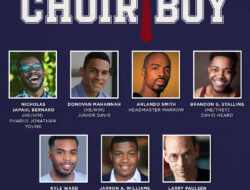 But, you can also check out many of the provocative images online at the Tom of Finland Store/Culture Edit Gallery website: https://cultureedit.com/collections/instant-image .

Yes. These images are NOT SAFE FOR WORK!!!!!

INSTANT IMAGES is an art show consisting of 200+ photos from the personal collection of Terry Miller, “It Gets Better” co-creator with hubby Dan Savage. The photos were taken by Terry and a number of other people but all have personal meaning for Terry.

If you’re going to be in Los Angeles on Saturday, August 13th from 5 to 8pm, stop by the CultureEdit Gallery at 1105 N. El Centro Avenue which is right off Santa Monica between Vine and Gower….just a couple blocks from Hollywood Forever Cemetery! Terry Miller will be in attendance with drinks provided by Tom of Finland Wines.

If you’re not going to be in the Los Angeles area soon, then just head to the website to check out the art…again, NSFW!!!