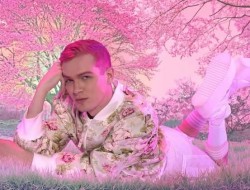 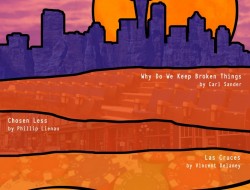 The horror sci fi film “Circle” made its world debut at SIFF 2015.

Dig if you will the picture of you and I waking up in a black void. We’re standing on discreet red dots, two amongst many, each holding a person, 48 others, all of us arranged in two concentric circles. In the middle is a black orb, and on the floor around that orb is a bristle of white arrows, one tip pointed at each person.
Someone tries to move off of their red dot. The orb zaps them dead. People scream. Where are we? What’s going on? A minute later, the arrows pulsate in a sequence of some sort, stopping on one person. The orb zaps that person dead. This keeps happening, like clockwork. We figure out that we can control who gets zapped, casting silent votes with our hands. We only have a short time between votes to decide who dies next. So. Who dies next?

This is the setup for a new film called Circle that enjoyed its world premiere at SIFF this year. Fifty people in a void face the repeating, inescapable question: Who dies next? It is a powerful setup. Think Survivor with all the extra nonsense removed. If you’re voted off that little island of red dots, you die. And someone will die every minute, whether the votes are cast by human beings or chance.

Who dies next? It’s one of many questions asked by the film’s characters, and the only one that matters. Who are these people? Why are they there? How did they get there? What is the point of all this? None of that matters. It’s all extraneous wastes of final breaths between selections and death. The film itself asks many more questions of you, however. What would you do in this situation? Is this really all we amount to, when everything else is stripped away? Would you kill others to survive as long as you could, or would you sacrifice yourself for your principles?

You will be hard pressed to find a tighter, more focused bit of film making. Circle is science-fiction storytelling in the classic Twilight Zone vein, with a spartan visual aesthetic supporting a complex exploration of human ethics, morality, and behavior. It is a film that isn’t without its flaws, but for any fan of sci-fi that asks questions and provokes thought, it is not to be missed, especially in a theatrical setting. For this film, you want to be in a dark room surrounded by strangers, just as are the hapless fifty characters on screen.

I was fortunate enough to speak with Circle‘s producer, Michael Nardelli, about this surprising black diamond of a film. Here’s how our conversation went down: