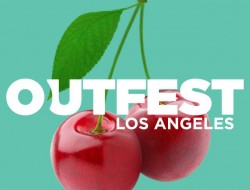 Jinkx, Drew Droege and Ozon Are Highlights For Final... 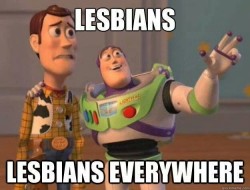 Twede’s Cafe in North Bend, Washington is set to reprise its role as the Double R Diner when the iconic TV series TWIN PEAKS returns to film its long delayed third season in the fall of 2015.

“One day my log will have something to say about this. My log saw something that night…”

“One day my blog will have something to say about this. My blog saw something that night…”

It really is happening. It’s been rumored about and stuck in development hell for years. And, just when it seemed to be a done deal, David Lynch himself seemingly pulled the plug over a budget dispute. But, after months of speculation, the Showtime cable channel reboot of the beloved and bizarre 1989/90 fantasy crime horror drama TWIN PEAKS created by acclaimed film maker David Lynch and his television partner Mark Frost appears to be on track to air in 2016/17 with 18 new episode penned by the pair and directed by Lynch.

Lynch himself has confirmed this by appearing in North Bend, Washington this week, the original shooting location for the pilot and the sequel film, “Twin Peaks: Fire Walk With Me”. (The series itself was filmed in a studio in Los Angeles and on location in various Southern California areas that resembled Washington State.)

Lynch and other production personnel were apparently scouting locations for the rebooted series which will include a return to Twede’s Diner, the actual diner that became the iconic “Double R” in the original series and home of some “damn fine pie”. The director was apparently also in North Bend back in December on an earlier scouting trip.

“TP” fan Christophe Foque was on vacation with his family when he spotted the director and crew outside Twede’s on Monday, July 14, 2015. From the “Welcome to Twin Peaks” website:

On a family trip through Washington state, Christoph Foque spotted David Lynch and his crew outside of Twede’s Cafe in North Bend, WA. It was the Twin Peaks co-creator’s second visit (the first one was around Christmas) to discuss Twede’s upcoming transformation back into the Double R Diner. Christoph, who works for Belgian TV production company Menuet Productiehuis, briefly spoke with the director in the parking lot of the diner, where he confirmed he’ll start shooting in September 2015, as previously suggested by Kyle MacLachlan.

Several original cast members are apparently joining the project including lead actor Kyle MacLachlan as FBI Agent Dale Cooper who has been confirmed as officially participating. Other actors have indicated they are returning, including beloved Log Lady, local Pacific Northwest based actress Catherine E. Coulson, plus the entire Palmer family of actors: Ray Wise, Grace Zabriskie and Laura Palmer herself, Sheryl Lee all seem to be on board despite the fact that the characters played by Wise and Lee are both dead in the series. (If you remember, Lee played both Laura Palmer and her lookalike cousin Maddy; both were killed by Leland Palmer!)

No word if Laura Palmer’s best friend, Donna Hayward will return. The character was played by Lara Flynn Boyle in the series and Moira Kelly in the film after Boyle declined to reprise the role. Also no word on the fates of James Marshall who played Laura & Donna’s brooding boyfriend, James Hurley or Everett McGill who played his uncle Big Ed, or Wendy Robie who played Ed’s wife, the eye patched Nadine.

Actors Don S. Davis, Jack Nance and the personification of evil himself, “Evil Bob”, aka set decorator/actor Frank Silva have all passed away.

Piper Laurie who played the conniving Catherine Martell is 83 but as of last fall still making public appearances. Warren Frost, who portrayed kindly Dr. Hayward is 90 and also the father of “Twin Peaks” co-creator/producer Mark Frost. The senior Frost hasn’t acted since 1998 when he teamed up with his “Twin Peaks” co-star Grace Zabriskie to play the parents of the Seinfeld character, Susan Ross, the ill-fated fiance of the George Costanza character played by Jason Alexander. It’s unknown whether either will return to the show.

Composer Angelo Badalementi is also reported to be back to score the new series. His iconic score for the original made him an integral part of the Twin Peak’s team.

MUCH more will be revealed as we get closer to the shooting in September!!!