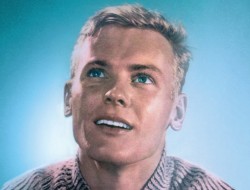 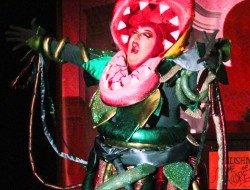 This Week in Geek: Movies and TV and Books, Oh My!

*Deep breath* Okay. No, we are *not* going to talk about The Walking Dead. Go see for yourself.

This week was a little crazy in the world of Geekdom, folks. It would be nice to add in all of the science news, but unless it has to do with disease control or mapping the gay genome, I probably won’t post it here. (Even though most science these days is pretty exciting!)

First up: Supergirl. Now, this doesn’t have much to do with the gay scene, but it has everything to do with Geekdom and feminism. Like, overly much on the feminism. Normally, I’d be the first to say that you can’t have too much of it. But here we are two episodes into Supergirl, and it’s…almost like the writers are mocking 50 years of women’s rights movements. The first episode, which aired on October 26, slammed into great ratings. The second episode aired on November 2, and most of the actors looked like they were falling into their roles and characters a bit better. In the pilot, I could swear they were beating people over the head with feminist references, such as passing the Bechdel Test (admittedly easier to do on TV than in film), the “Why not ‘Superwoman?'” argument between Kara and Cat, a “just a girl” comment, and a sister saving a sister from danger. The Superfriends comment was a cute inside joke, though. All of those things were nice to see, and for the most part I could excuse the lack of decent writing if the goal is to educate non-feminist, ignorant people. And then episode two happened…and it got a little painful. At this point, it was clear the writers were trying to drop every piece of lip service they could: Justice Ruth Bader Ginsberg got a shout-out, “because…a woman” snaked its way in not-so-subtly, another passing Bechdel Test, and the ’90s tagline from Cat that, “we have to work twice as hard as a man to be half as good.” What’s next for episode three? Probably a Gloria Steinem quote, maybe something about why it’s ok not to wear heels, and someone saying she doesn’t need a man while she eats from a pint of ice cream. Let’s just say there are ways to be a feminist show without cliche one-liners.

That’s not to say the show doesn’t have great potential. The action is pretty cool, Kara’s sister kicks ass, and it’s worthy of the age 9-18 set. I’m thrilled that there’s finally a female superhero on TV that young women can look up to as well as teach young boys that women are not sex objects just made to further their own plots. I’m admittedly hooked and hope it actually meets some success; is it too much to ask that it surpasses The Flash and Gotham in popularity? And maybe if this show gets awesome, DC/Warner Bros./network slaves can finally work out the wordsmithing kinks so we get the Wonder Woman show we so desparately want and deserve. (Let’s see how the movie goes, first.) In an era of HBO, Showtime, and AMC high-caliber writing, people are still willing to settle for Dawson’s Creek, or so CBS would have us believe.

We haven’t heard too much from Benedict Cumberyum since he and his wife had a Cumberbaby. That’s ok, because more Sherlock is on the way. Oh, and we might’ve forgotten he’s slated to play Doctor Strange in the character’s origin story film, releasing in November of 2016. This photo from the movie set in Nepal made its way around the interwebs this week. In other news, did you ever read Preacher? If not, go get the entire series RIGHT MEOW. Because AMC’s Preacher looks like it’s actually going to stay true to the series…for now. From 1995-2000, comic fans were treated to a world from Garth Ennis and Steve Dillon wherein morality and the supernatural take tolls on the people who wield them. The story is gritty, violent, and written extremely well. Certainly AMC will tone down some of it, as they did with The Walking Dead, to make it more palatable for a wider range of audiences. Because the nightly news can’t have competition in that arena, you know. Go! Read something decent!

The biggest geek squee of the week? STAR TREK IS GETTING A NEW TV SERIES OMG WTF HOLY SHITSNACKS *froths at the mouth*

It’s perfect timing, according to everyone ever. After the gross disappointment from Star Trek: Enterprise, and the fandom nearly being divided in two over the rebooted films, this is exactly the news we need to hear. Next year is the 50th anniversary of the franchise, and the upcoming series will premiere in January of 2017. Unfortunately for many people across the country, the show will only be available on CBS All-Access, which currenly requires a monthly subscription. But hey, that’s why there’s streaming, right? I mean, *ahem* no one pirates anything ever. Who knows, CBS might change its mind in a year, provided high enough demand. Perhaps they’ll take a cue from Nickelodeon and how switching to internet-only access in the last two seasons of The Legend of Korra resulted in a huge drop in ratings for them. (Not bitter. They just, yanno, successfully ensured that lower-income people couldn’t see a show centered on a woman of color on regular cable TV. But I’m not bitter.) The times, they are a’changin’! In the meantime, however, there’s this:

If you’re in love with a Star Trek of action, support Richard Hatch and the fan-made Axanar film! You won’t find this in the JJ-verse, I assure you.

Oh, yeah, and Amazon furthered its plot to take over the world by opening Amazon Books in the U Village this week. Wasn’t sure if you heard.

Speaking of books, remember Jim Henson’s The Storyteller? The tradition is carried on now in comic book form, and soon will be released a four-part series about DRAGONS. Because Toothless and Drogon aren’t the only winged fire-breathers out there. Looks awesome, and I’ll consume pretty much anything from House Henson.

So who’s excited for more Harry Potter goodness? Eddie Redmayne (Marius, Les Miserables; Colin, My Week with Marilyn) is filming as Newt Scamander in the upcoming Fantastic Beasts and Where to Find Them. Entertainment Weekly released a fantastic photo spread this week! Fans everywhere should be drooling with anticipation, seeing as how the book of the same name was more reference material than story. Thus far it seems to be set in 1920s-style New York, which I’d gobble up with a spoon if I could. Next year is shaping up to be seriously entertaining for movie-goers!

And now, your moment of geek zen: Godzilla premiered this week in 1954.