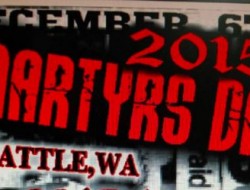 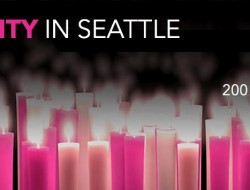 December 11, 2015 Comments Off on Dear LOGO: “Kiddy Cosplay” Is Not The Same Thing As Being Trans Views: 3367 *The Strangeways Report, My Soapbox, News, Trans* Issues

Dear LOGO: “Kiddy Cosplay” Is Not The Same Thing As Being Trans Stefonknee (pronounced Stephanie) Wolschtt, 46, center between her “adopted” parents is a 46 year old transwoman living life as a …6 year old.

Some liberal media outlets and even some trans rights activists are trying to make a case for Stefonknee Wolschtt, a transgender identified Canadian woman in London who is now living her life as a SIX YEAR OLD GIRL claiming she doesn’t “want to be an adult right now.”

A transgender woman in London has left behind a wife and seven children to begin a new life as a six-year-old girl, saying she does not “want to be an adult right now.”

Rejected by her wife of 23 years, Stefonknee (pronounced Stephanie) Wolschtt, 46, decided to leave her family after begin given an ultimatum to “stop being trans or leave.”

Stefonknee has since been “adopted” by a couple who interact with her as a six year old. She frequently plays with the couple’s actual granddaughter.

Ya know, bless Stefonknee for her life’s journey. Ya gotta do what ya gotta do. If she enjoys being a 6 year old girl and no one is getting hurt by that, then fine.

But, trying to say being “trans-age” is the same as being transgender…

Do we REALLY want to open that door? It’s a problematic door to open…especially when there’s a BIG risk of seriously mentally ill people wanting to “play” with actual children as “equals”.

If you want to dress up and play as a baby or a little kid, then great. Do it. In the privacy of your own home…and, only with other ADULTS who enjoy this kind of cosplay either as a “parent” or another “child”. Whatever rows your boat…as long as everyone involved is of legal age and consenting and no one gets hurt.

But, let’s avoid making this co-equal with Trans issues and rights. It won’t do anybody any good in the long run.